Lawn vs. Garden: How To Stand Up To Your HOA For A Healthier Yard

When your HOA or neigborhood puts pressure on residents to have lawns, you can become an advocate for your climate victory garden.
By
Eleanor Greene

Nicky Schauder and her children working on the garden in their front yard in Herndon, Virginia. Photo by Danielle Lussier Photography.

The American dream is a house with a white picket fence and between that fence and the house lies a lush green lawn for playing fetch with the dog and seeing baby’s first steps.

Except today’s American dream is green—and having a large expanse of lawn just isn’t. Across the country, people are realizing that a traditional grass lawn isn’t sustainable. The EPA estimates that 9 billion gallons of water a day are used on lawns and 17 million gallons of gas are used in mowers every year; these practices simply aren’t sustainable.

But not everyone is ready to make the switch. Green America frequently fields letters from our members about what to do if your HOA or neighborhood pushes back when you make the switch to a greener green space. We talked to Climate Victory Gardeners who had first-hand experience.

In 2019, Climate Victory Gardener Aja Yasir made headlines when she converted her Gary, Indiana, front yard into a small victory garden. For some, this simply appeared as a new homeowner moving into their property, but to Yasir’s city it was seen as a visual burden. She was cited for having woodchips on her yard as part of converting the lawn to a small regenerative farm. Her house had sat vacant for years before she purchased it and she was doing her best to renew the property.

“I have no problem with my neighbor complaining because they didn’t know what was going on. They’re not a gardener, they don’t do urban farming,” Yasir says. “But for me, for a government to come against people who are growing food, trying to restore the environment and the soil and water, and the pollinator habitats—for a government to come against that, is criminal.”

Yasir’s case was in legal limbo for six months in 2019. It finally settled out of court in October 2019 and she was free to garden, with some restrictions agreed upon in the settlement, in 2020.

Then the world shut down. Yasir, whose garden is called “A Rose for Yaminah” in honor of her daughter who died in 2016, uses her garden for grief and anxiety relief. The pandemic also created its own level of grief and anxiety, so she was glad to be allowed to garden freely again.

“I could go into my garden. I could look at all these flowers. I can be amongst all this fruit, all this these vegetables. I can just touch the soil, I can gather rainwater, and I just felt so at peace,” Yasir says. “And that’s actually what I was looking for.”

Nicky Schauder owns Permaculture Gardens {GBN} with her husband in Sterling, Virginia. There they have a garden in the front- and backyard of their townhouse, where the family of eight has lived for 15 years. Schauder says about every year she gets a letter from her Homeowners' Association (HOA) saying that some part of her front garden is not allowed—be it vegetables, fruited vines, or moss. It can be incredibly frustrating, she says.

She recommends keeping communication lines open between you and your HOA and cultivating relationships with neighbors who support you.

She wrote a letter to her HOA explaining why a garden was good for her family and the community, citing many neighbors who interacted with it and supported it. She also recommends and hosts classes on “edible landscaping,” which means gardening with subtle plants that look more like ornamental landscaping.

Yasir agrees that disguising her garden as an ornamental one has been the tactic that ultimately worked. She recommends flowering herbs and edible flowers, like hibiscus, artichokes, berry bushes, turmeric, and multi-colored tomato varieties.

Both Schauder and Yasir are gardeners who were loyal to their gardens and were able to leverage support from community members to be able to have the food to feed their families.

“If you find yourself in the middle of that fight, if you have the energy, because self-care is number one, please keep fighting because this is very serious work. Gardeners are very serious workers,” Yasir says. “Like Ron Finley has said, this is not a hobby. This is real work, so just keep up the fight.”

See Ron Finley talk more about gardening in a video

Join the Movement, Step by Step

If you’re not ready to fully jump into a life without somewhere green to put your feet, that’s ok. Here are some steps to take that probably won’t cause a stir.

Grow a freedom lawn: Stop using pesticides or fertilizers on your lawn and see what grows. What sticks will likely be more suited to the precipitation and climate in your region.

Mow only where you need: Mow a walking path or an area around lawn furniture, but is there a place you mow but don’t go? Let nature thrive there or do an intentional planting there.

Swap your mower: Are you still mowing with a dirty gas-powered mower? Their two-stroke engines contribute an alarming amount to air pollution, as well as noise pollution in your neighborhood. Swap it in 5 Steps to A More Sustainable Backyard.

Plant a tree: Trees give more bang for your climate buck, as it lives longer, sequesters carbon for longer, and provides more habitat for birds and insects.

“You always start with one plant. And if you can plant a tree, that’s the most powerful thing you can do,” Heather McCargo, founder and exectutive director of The Wild Seed Project, says. “Then you can put a native ground cover underneath it.”

Swap your ground cover: Once you have a tree in the ground, it’s still just a tree surrounded by grass. Consider swapping ground cover for part of your yard to further reduce the mowable section. Search the web for “native ground cover” and your state to find species that will thrive in your climate, will attract native pollinators, and are not invasive. Be patient, as gardeners say about groundcover plants, “the first year they sleep, the second year they creep, and the third year they leap.”

Plant a climate victory garden in part of your yard. We share steps for beginners and expert gardeners at Climate Victory Gardens.

Make it a meadow: The Wild Seed Project promotes turning your lawn into a native wildflower meadow but McCargo says it’s not as easy as growing food or a tree.
The hottest months of the year would be a great time to lay black plastic over your yard to kill grass and be able to have a clean slate next growing season, McCargo says. Or if you’re planning a garden next season, smother that part of the lawn with cardboard and mulch now.

We Love The Outside Guide
How to Support Anti-Racist Corporate Policies
Choose Green, Not That: Natural Skincare for Summer
The Toxic Problem with Pesticides and Fertilizers
Native Growers Decolonize Regenerative Agriculture
Access to Green Space is an Environmental Justice Issue
5 Steps To A More Eco-Friendly Lawn
Lawn vs. Garden: How To Stand Up To Your HOA For A Healthier Yard
Forage to Fork: Eat Local with Wild Foods
What I Wish I Knew As A Beginner Gardener
Learn about our sponsor. 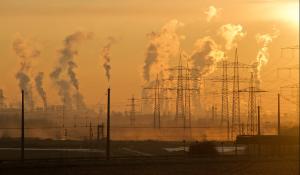 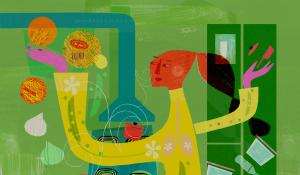 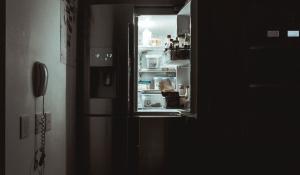