What is the Circular Economy?

Photo courtesy of Health in the Hood and Foodprint.

Turning bike tires into bags, sugar cane waste into to-go boxes, and reclaimed wood to new flooring is what the circular economy looks like.

Each of these trash-to-treasure concepts are real practices by real businesses: Green Guru, which makes outdoor gear out of busted bike tubes and old climbing rope; Greenline Paper Company, which offers compostable to-go clamshells from bagasse (sugar cane waste fiber); and Pioneer Millworks which takes wood from dilapidated buildings for new home building projects. These are just a few examples of business leaders redefining capitalism as a mechanism to care for the planet instead of taking advantage of it.

While this concept is getting more press in recent years, it is not a new phenomenon—compassionate businesses have been coming together for decades under Green America’s Green Business Network® to demonstrate unity for a circular economy.

While there are several schools of thought that inform a circular economy—from cradle to cradle, to natural capitalism, to industrial ecology—at its most basic level, a circular economy is about rethinking supply chains to minimize waste. The Ellen MacArthur Foundation describes it in three parts: “designing out waste and pollution, keeping products and materials in use, and regenerating natural systems.” This economic model takes the principles of reduce, reuse, and recycle, and scales them throughout society. Read more about the various schools of thought at the Ellen MacArthur Foundation’s website.

Conversely, our country runs on a linear economy: we take resources, make products, and when we tire of them or they outlive their usefulness, throw them away. This take-make-toss model operates as if resources are infinite—whereas the circular economy makes the most of the planet’s resources while giving back. The following case studies from Wrangler, TerraCycle, and Green America’s Center for Sustainability Solutions demonstrate examples of each piece in the Ellen MacArthur Foundation definition of designing out waste, keeping things in use, and regeneration.

Most pollution and waste occur early in the supply chain, not from consumer purchasing. For example, the Natural Resources Defense Council (NRDC) states that about one-fifth of the world’s industrial water pollution occurs in textile mills, long before the finished clothing items make it to the hands of buyers. Green America’s winter 2019 issue, “Unraveling the Fashion Industry,” took a deep dive into the world of harmful fashion be an authoritative resource on issues and victories throughout the industry.

Jeans alone will go through several chemical-intensive washes to get that “lived in” look (unless you’re buying raw denim, yours have gone through this too), generating a significant amount of wastewater; however, by designing out waste at the beginning of the supply chain, businesses have the opportunity to generate industry- wide positive impacts.

Wrangler’s newest denim collection is one such example. In 2019, the brand released Indigood™, a collection that uses a foam-dyeing process to eliminate 100 percent of wastewater from the indigo dyeing process. Wrangler collaborated with Texas Tech University, Indigo Mill Designs and the Spanish fabric company Tejidos Royo to bring the foam-dyed denim to market.

Compared to conventional denim manufacturing, which uses around 1,500 to 2,000 liters of water by dipping denim yarn in 12 to 14 different dyeboxes—imagine bathtubs filled with dye—the foam dyeing processes uses almost no water.

“Instead of using water to carry the indigo dye, this process uses foam, which is comprised mostly of air. The foam is introduced via applicator brushes and the yarn runs over it,” says Roian Atwood, Wrangler’s director of sustainability, who states the technology is a totally different system than conventional methods.

The Indigood Collection was originally released in 2019 and is currently available in stores. Atwood says Wrangler intends to increase the amount of foam-dyed denim throughout their entire collection.

“We want to incorporate foam-dyed denim into our products as fast as possible, because without water, you eliminate wastewater,” says Atwood. “And a denim mill that isn’t producing wastewater as a result of its operations is almost unheard of.”

Additionally, Atwood states that Wrangler won’t monopolize the foam-dyed denim market. Wrangler has already shared the technology with competitors because of its potential to completely change the denim industry.

For a notoriously water-intensive item of clothing, the foam-dyeing process offers a clear solution to designing out waste near the beginning of the supply chain—the first piece in the Ellen MacArthur Foundation’s definition of a circular economy.

A linear economy turns a profit off waste: Americans threw away 4.51 pounds of trash per person per day in 2017, according to the EPA. Most of that discarded material comes from goods that are used briefly, such as food waste and packaging materials. As these items are replaced, they perpetuate the take-make-waste model of a linear economy.

Combating this model begins with re-imagining how these materials are wasted and is also the second part of the Ellen MacArthur Foundation’s circular economy definition: keeping items in use longer. In the Wrangler example, pollution and waste must be managed by businesses and therefore, are out of the average person’s control; however, we do have control over how often we buy items, how long we use them, and how we repurpose them. Food waste and some paper materials can be composted, which gives them a new life as fertilizer. Certain plastics, metals, and glass can be recycled in curbside bins, too.

But what about household items that can’t be composted, repaired, or recycled? Empty toothpaste tubes, dead car batteries, and dried out markers are a few examples of “unrecyclables”— in other words, items that are not accepted by municipal recycling and thus, landfilled. This is where TerraCycle comes in.

“TerraCycle’s mission has always been ‘to eliminate the idea of waste,’” says Sue Kauffman, the North American public relations manager of the recycling company, which has been in operation for over a decade.

TerraCycle is a leader in recycling the unrecyclable—the company partners with major consumer goods manufacturers to offer recycling programs. In 2019 alone, TerraCycle collected and diverted over 30 million pounds of post-consumer and post-industrial waste from landfills. The company won Green America’s People and Planet Award in 2015 for recycling innovation and has since won additional accolades and expanded to 21 countries.

The recycling company offers multiple programs for collecting unrecyclables, from the Zero Waste Box program for picking up nearly every type of waste, to the Regulated Waste program for items like fluorescent lamps and batteries that would be hazardous in a landfill.

To make these programs possible, TerraCycle works with a variety of third-party processing subcontractors that sort and reprocess the waste into usable raw materials for new product manufacturing. Whenever possible, these processing locations are located near where the collections take place.

TerraCycle’s newest project, Loop, follows the “milkman model”—like when the milkman came to the doorstep with a fresh delivery and picked up used containers. Loop expands on this concept with familiar consumer brands by delivering reusable and recyclable packaging of everyday products instead of single-use packaging.

“With the launch of Loop, a fully circular economy was our desired outcome,” says Kauffman. “Through all of the waste reduction programs offered by TerraCycle, we have redefined the concept of what truly is waste and encouraged consumers and the packaged goods industry alike to reconsider what can be given a second life through recycling.”

In nature, waste does not exist. When a leaf falls, it becomes food for microorganisms, then becomes part of the soil to feed the tree. While there are multiple schools of thought educating circular economy theory, the concept of ‘waste as food’ is an underlying theme. Thus, the third foundational pillar of a circular economy is regenerating natural systems; not only does this principle close the loop of a circular economy, it has the potential to protect and improve the environment by returning nutrients to ecosystems.

Vermicomposting (composting using live worms) is an example: in a household vermicompost system, earthworms are fed kitchen waste, from eggshells to orange peels. Their eliminated waste can be used as a nutrient-dense fertilizer. Now imagine that process on a much larger scale, considering increased biodiversity, soil health, and surrounding ecosystems. This is the idea of regenerative agriculture.

Mary Johnson, the Carbon Farming Innovation Network director at Green America, explains that regenerative agriculture is an approach to farming that mimics nature to create a healthy and symbiotic ecosystem.

“Over the last hundred years, conventional and tillage-based farming systems have not reflected how important living organisms are,” says Johnson. “Regenerative agriculture uses knowledge of how nature works on a deep, complex systems level to farm in harmony with those systems, rather than dumbing them down to the most reductionist, controlled approach that relies heavily on applications of toxic chemicals and sterilized soils.”

Regenerative agriculture also has the capacity to capture carbon and store it in the ground, reducing the effects of the climate crisis and sequestering global carbon emissions. Read more in “Planting Seeds of Climate Hope."

The practices of farming regeneratively are applicable to both small, worker-owned or family farms as well as large corporations are looking to incorporate regenerative methods in their supply chains. In 2018, Green America announced its collaboration with DanoneWave—a maker of dairy and plant-based products such as coffee creamer and yogurt—to implement regenerative agriculture practices in its supply chain, as well as to develop a certification for regenerative farms. If regenerative agriculture becomes widely adopted, it has the potential to drastically alter our economic relationship with food, the land, and the climate.

Collectively, each of these case studies offer a glimpse at what is possible in a circular economy. The shift would require all facets of society to participate—from government and business, to cities and individuals—but the momentum is already growing. Climate change has never mattered more to American voters. Businesses across the nation are increasingly taking the initiative to be greener. A circular economy is the only economic model that can support humanity on planet Earth—and it is more important than ever. 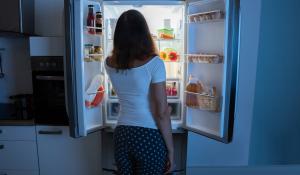 Refrigerant management is the most impactful step to solve the climate crisis, as many people on our staff were surprised to learn when we featured Paul Hawken’s new book Drawdown in our winter issue.