5 Ways to be an Environmental Activist

Anthony Karefa Rogers-Wright gives an instructive discourse on why environmental activists are critical to progress.
By
Cyna Mirzai and Anya Crittenton

Anthony Karefa Rogers-Wright serves as the director of environmental justice for New York Lawyers for the Public Interest. As a native to New York City, Rogers-Wright grew up seeing the vast discrepancies his community navigated compared to the more affluent communities where his white peers lived. His childhood experiences catapulted Rogers-Wright to a career in environmental justice and its relation to public health and human rights when it comes to access to clean air, healthy food, and more. He previously worked at the Climate Justice Alliance, as well as a policy advisor for various candidates for elected office.

Green America’s Cyna Mirzai spoke to Rogers-Wright about environmental justice, which isn’t an ingredient, but “its own drink.”

One of the first steps in starting your environmental justice journey is educating yourself.

“We need to firmly identify who and where these communities are,” Rogers-Wright says. “There is a fantastic piece of legislation sponsored by Representative Cory Bush, in partnership with Senator Ed Markey; an environmental justice committee mapping act.”

Identifying these communities reveals the disproportionate impact harmful environmental actions have on them. Rogers-Wright identified public health as the first and foremost concern.

“There are communities like Cancer Alley, in Mississippi and Louisiana, where there are some of the highest instances of cancer in the United States due to exposure to fossil fuel refinery operations,” he says.

This public health crisis is worsened by other inequities these communities face, from poor access to healthcare to lacking education and over-policing.
Rogers-Wright warned that these communities are not looking to be saved, however.

“These [community-led environmental justice] organizations are not indigent, they’re not waiting to be saved, rather, they have good solutions that need to be heard,” he says, emphasizing empowerment over control.

Two examples of such empowerment are climate reparations and Indigenous consent.

“The root causes of climate change are white supremacy, patriarchy, and colonization,” Rogers-Wright explains. “The progenitors of these root causes and their respective nation states owe a debt to populations of developing nations and the so-called global south for centuries of extraction, subjugation, genocide, and violence.”
Such a debt can be partially paid with new legislation and policies that empower and benefit communities most affected by the climate crisis, like climate reparations, a relatively new concept in the environmental movement.

“Climate reparations is about restoring some semblance of balance in an effort to ensure, to the greatest extent possible, that those hit first and worst have an equitable opportunity to absorb inevitable climate shocks and survive them,” Rogers-Wright explains.

Another social justice concept that must be followed by policymakers and businesses is free, prior, and informed consent when it comes to land use. In dozens of projects in the last decade, like Standing Rock and Line 3, as well as an untold many projects in the history of the US, Indigenous communities have been ignored during development of their lands.

“No project should be placed in any Indigenous community without the community’s consent and without the tribe holding tribal sovereignty—that’s a major component of environmental justice.” 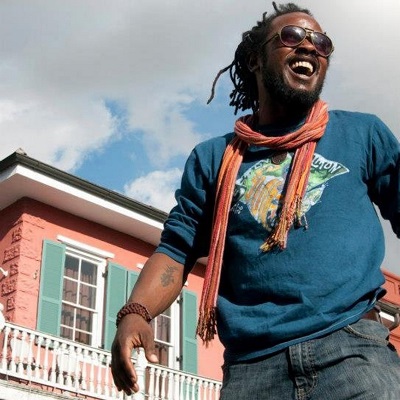 How to make these policies a reality?

“Push your local leaders and your local media,” Rogers-Wright advises.

Campaign for what you believe in and support leaders who believe in the same thing by voting. Unfortunately, voting rights are under attack nationwide. Do what you can to stop voter suppression, which in turn will help these climate policies become reality.

If leaders in power aren’t doing the right thing or what they promised they’d do, pressure them by calling their offices, writing letters, and threatening the loss of your vote.

“Whenever there is some sort of large awakening, what comes with that is this idea that we all have to be conscious about this problem. But then it dies down and we go back to the status quo.”

It’s happened over the past several years—mass protests, marches for women and science, and corporations claiming accountability without taking meaningful steps toward change.

Rogers-Wright says it’s not easy for change to come of these awakenings because of a two-fold issue: money and leadership.

“I think the reason why we are still in the position that we are in is because of the environmental organization founded by a white supremacist: John Muir who founded the Sierra Club,” says Rogers-Wright.

“[Traditional environmental groups have] historically been a white-male dominated apparatus and unfortunately, it remains that way.”

It’s time to upend this norm.

Lesson #5: Put Your Money (and Time) Where Your Heart Is

The final lesson Rogers-Wright imparted is to “dig into” this work.

If you have time but not money, Rogers-Wright suggests reading the Jemez principles for Democratic Organizing and educate yourself on how people in your community might be affected by environmental injustice—see his list of recommended reads in the sidebar. You can also push your local leaders and media in particular, to pay attention to local environmental justice groups and actions.

“When we talk about climate change, the ‘experts’ are often white men, but they’re not the ones experiencing the worst aspects of the climate crisis. It’s important to ask, ‘What is the role you can play with your privilege and use that to flip the script and transform the narrative?’”

Speak up for environmental justice and marginalized communities, but not over them.

We made a list of organizations across the country led by people of color that are working for environmental justice causes locally, which is where you can make the biggest difference.

Organizations Led by Communities of Color to Know and Support

Find a group in your region and support their work.

Resources from our Conversation

Rogers-Wright urges us all to “dig in” to environmental justice to understand it and our role in creating a just society. He gave us many resources to start that journey—here are a few resources he referenced and where to find them.

Learn more about Cancer Alley from Pulitzer Prize-winning Jarvis DeBerry of the Louisiana Illuminator in “Science catches up to what residents of Louisiana’s ‘Cancer Alley’ have been saying about pollution.”

The act introduced by Rep. Bush (D-MO) and Sen. Markey (D-MA), as well as Sen Duckworth (D-IL) is called the Environmental Justice Mapping and Data Collection Act of 2021. You can find it by searching its name or H.R. 516, which you can also call it by when you call your representatives to support it.

Free, Prior, and Informed Consent (FPIC) is a right of Indigenous people that is advocated for by Indigenous leaders around the world. Native scholars Carla F. Fredericks and Kate R. Finn wrote about FPIC in “Indigenous Peoples’ Human Rights as a Minimum Standard for Corporate Practice.”

The 17 Principles of Environmental Justice was created by the delegates to the First National People of Color Environmental Leadership Summit in 1991.

The Jemez Principles for Democratic Organizing were created by participants at the Southwest Network for Environmental and Economic Justice meeting in Jemez, Mexico, in 1996. It was adopted by its participants upon creation, and by many other environmental groups in the years since, including the Sierra Club in 2014.

In a longer version of this interview, Rogers-Wright spoke about a 1989 essay by Dr. Kimberlé Crenshaw, in which the Black feminist scholar coined the term “intersectionality,” which is now widely used. The essay is called “Demarginalizing the Intersection of Race and Sex: A Black Feminist Critique of Antidiscrimination Doctrine, Feminist Theory and Antiracist Politics."

Follow in the steps of Rogers-Wright and work to be an environmental activist in your local community and beyond.
From Green American Magazine Issue
Your Green Life

The Cryptocurrency Market Makes Dirty Money
5 Ways to be an Environmental Activist
Green Gardening Gifts
Food Justice: How to Fight Food Insecurity
How to Choose from the Plant-Based Burger Buffet
What to Know When Hiring At-Home Care
Learn About the Plastic in Your Clothes
The Importance of Sustainable Packaging
Expand Your Library with These Green Books
How to Support Small Business
Setting Intention in a Changing World
The New Normal Can Be Green
The Pros and Cons of Online Thrifting
What is Fair Trade Coffee?
Water Filtration: The Key to Healthy Water
How To Buy In Bulk
Learn about our sponsor.