"Having students at historically black colleges and universities, and minority- serving institutions involved in a climate justice movement is crucial for that movement to succeed. The issue of climate change is too important to leave to a small segment of our population."

Known as the “father of environmental justice,” Dr. Robert Bullard is the dean of the Barbara Jordan-Mickey Leland School of Public Affairs at Texas Southern University.

Photo via University of Michigan by Dave Brenner.

Green America/Martha van Gelder: Why is climate change an environmental justice issue?Dr. Robert Bullard: Climate change as an environmental issue is often presented in a way that glosses over the disparate impact on populations. Oftentimes, there are vulnerable populations that are hit the hardest and the worst and the longest by extreme weather.

The justice part is emphasized, because it's the same communities that oftentimes are hit hardest by industrial pollution, by dirty coal-fired power plants, and by all kinds of industrial operations that contribute to these things.
Most of my work has focused on trying to extend that paradigm to include more voices in the room and at the table, and on getting the agenda changed so that you have a color-coordinated, global movement.

Green America/Martha: Why are historically black colleges and universities (HBCUs) so vital to the climate change movement?

Dr. Bullard: If you look at the geographic location of HBCUs, you will see that many of our schools are located in areas that often have a history of being prone to flooding and severe weather events, heat waves, and all kinds of disasters.

The fact that we are located in those hotspots creates even more of a reason to not only raise awareness, but to get more students and faculty trained in the areas that address these issues, so we can be prepared to move into positions of leadership and decision-making when it comes to addressing these problems, and not be just victims.
It's important that we get more minority-serving institutions to step up to this issue of climate change and global warming and to get climate education partnerships and consortiums developed across those regions and states where you have the most areas that are prone to having natural and manmade disasters.

Green America/Martha: What do you think it will take for real change on the climate?

Dr. Bullard: Having students at historically black colleges and universities, and minority- serving institutions involved in a climate justice movement is crucial for that movement to succeed. The issue of climate change is too important to leave to a small segment of our population.

Green America Condemns Violence at the US Capitol
(January 7, 2021)

Green America condemns the violent assault on the US Capitol yesterday by rioters. We also condemn the rhetoric of the US President and his enablers in Congress that incited his supporters to engage in an aborted coup. 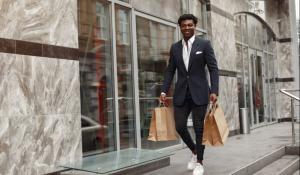 The Role of Receipts In Shopping While Black
(November 23, 2020)

“There are very few African American men in this country who haven’t had the experience of being followed when they were shopping in a department store.