The Reverend Dr. Jim Antal is a conference minister in the United Church of Christ, responsible for the 375 UCC congregations in Massachusetts. The Massachusetts conference board of directors recently approved his proposal to divest their funds from fossil fuels and became the first major religious body to divest.

Header photo used with permission from the United Church of Christ

Green America/Martha van Gelder: How did your conference end up voting to divest from fossil fuels?

Rev. Dr. Jim Antal: I’m the conference minister, responsible for 375 congregations, which are all the United Church of Christ churches in Massachusetts. I brought this proposal to our board of directors for the conference, which is a relatively small board of about 20, and we had a very lively conversation. In the end, they approved the resolution unanimously.

As one of 38 UCC conferences in the country, we will bring this resolution to our national gathering. The UCC gets together once every other year in what we call a synod, and that gathering happens in late June this year. We will bring it to the Synod as a resolution, and my expectation is that it will be the dominant focus of our five-day synod gathering.

Green America/Martha: What kind of action can you take without the synod?

Antal: It's an interesting question. The conference itself is not hierarchically organized and doesn’t have that many resources. Our 375 congregations each have autonomy in terms of their resources—they own their own buildings and they own their own investments. So each of them needs to take this into consideration and make their own decisions.

As for us, the first step we took a little more than a month ago was to say, we’re going to provide leadership for the denomination on this. The next step in terms of our own investments, which are several million dollars, is to determine what steps we might take immediately in order to divest.

Green America: Why is divestment important to you from a faith perspective?

Antal: What we’re realizing is, as Hebrew scripture and Christian scripture state, the Earth is the Lord’s. Whether you’re Hindu or Buddhist or whatever faith you have, every faith shares the perspective that Creation is God’s; it’s not ours.
So here’s the deal: Over the past 200 years or even more, humanity has ceded to entities that we now call corporations the right to be intermediaries for humanity in relation to God’s Creation. And as we’ve done this, we’ve fallen asleep at the switch.
As it turns out, for 35 years or more, we’ve known that the extraction and use of fossil fuels is actually wrecking Creation. So now we’re at a point in human history where we need to take back our own direct relationship with God’s Creation. Informed by science, we recognize that we must leave at least 80 percent of the known carbon reserves in the ground.

Green America/Martha: You represent the first major religious body to join the divestment movement. Have you heard other religious bodies expressing interest in what you’re doing or thinking about following suit?

Antal: Yes, yes, and yes. My “counterparts” in other denominations responded almost immediately with incredible enthusiasm, so I’ve been in touch with the people who are leading their environmental fronts amongst Episcopalians, Methodists, Presbyterians, and other denominations.

This is going to take a different shape in different denominations. Unitarians have shown a lot of leadership, and they’re also having their national gathering in June. I don’t know for a fact, but I expect they will also have a resolution [on divestment] coming before them.

Green America: If I were a member of a religious body but not a leader and I wanted us to start taking more action, would you have any advice for me?

Antal: Oh, this is so cool. Thank you for asking! In writing our resolution to divest from fossil fuels, my intent was that any religious body—whether it was a congregation with 50 people, or the largest denomination in the country, or anything in between—could read this, understand the theological reasoning behind it, and say, “You know what? We need to be committed to this.”

If it’s a congregation, then the council of the congregation can take a vote, and a representative leader from that congregation can begin to advocate [for divestment] along with myself and other emerging leaders.  On our website – www.macucc.org\divest -- we are collecting the names of congregations who endorse the resolution.

Divestment will likely be the focus of the conversation at our national UCC gathering in June, and both the UCC Pension Boards as well as United Church Funds will be engaged in the deliberation.  They currently screen against alcohol; they screen against tobacco; they screen against weapons; they screen against gambling. But the idea of adding another screen to those four—particularly a screen that would be challenging to implement – concerns them.  Particularly when that screen, fossil fuel companies, is eliminating companies that are so unbelievably profitable right now.
Yet the reason they’re profitable is because they’re destroying the Earth. That’s what the Church needs to be shouting: They’re making profit because we’re letting them destroy God’s Creation. 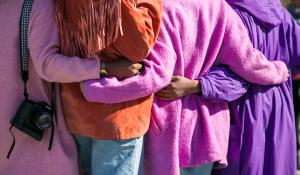 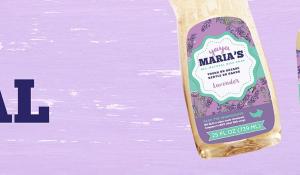