“Your investment philosophy should reflect the values you have in governing.”

Seattle mayor, Mike McGinn made history last November when he became the first mayor to divest his city from fossil fuels. His office has already divested the $1.4 million in their direct control, and it’s working to encourage the Seattle pension fund to divest its $1.9 billion from fossil fuels.

Green America/Martha van Gelder: Why is it important for Seattle's pension fund to divest from fossil fuels?

Mayor Mike McGinn: It’s important when you’re a public entity that when you spend your dollars, you do so in a way that is consistent with the values of the people that live in the place. And Seattle has been, and I hope will continue to be, a leader in trying to build an environmentally sustainable economy, one that’s fair and economically vibrant.

If you’re taking actions on the one hand to make buildings more efficient and make it easier for people to walk, use transit, or ride a bicycle, your investment philosophy should reflect the values you have in governing as well.

Green America/Martha: Do you anticipate other cities following suit and divesting?

McGinn: I do think it’s something that other cities should look at. Not every city manages its own pension fund; I know that many of the cities in the state of Washington are part of the state pension system, as an example. But all cities probably have some amount of money that they’re managing, and they should see what they can do with it.

Green America/Martha: How does the divestment effort play into Seattle’s strategy to go carbon-neutral by 2050?

McGinn: I want to say something about carbon neutrality and other goals that are difficult to attain and that are going to take a lot of action to reach. The real question is, can you take the steps now that lead you towards that goal?
That’s what we’re focusing on here: What are the steps we can take around buildings, around transportation, around our practices—whether as individuals, as entities like a city government or businesses—that really point us in that direction.

We believe going carbon-neutral is really a growth strategy for Seattle, because we’re reducing waste and putting those dollars into more important things. That’s what’s being reflected here in our investment policy as well, that there’s a pathway towards a more sustainable economy, and that we don’t have to rely on taking actions that in the long run, hurt us. 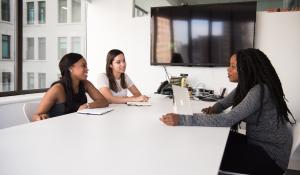 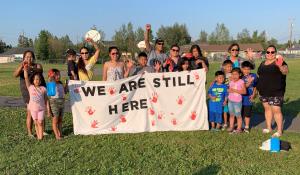 When It Comes to Activism, Native Women Lead the Way

1844
A Creek Indian mother and grandmother,
Sally Ladiga, fights for her land and wins a
Supreme Court case.