Ever wonder what to say when you encounter someone who claims climate change is not real? You might refer them to the Oscar-nominated short film "Sun Come Up," which deals with the plight of the villagers on the Carteret Islands in the South Pacific, who are losing their island as it sinks into the ocean. Green American's Tracy Fernandez Rysavy spoke to director Jennifer Redfearn about the film.

Tracy Fernandez Rysavy: Why did you make this film?

Jennifer Redfearn: I came across a humanitarian alert about the Carteret Islanders in 2008, and I was shocked by it. I didn’t realize people were being displaced by climate change right now. I have a background in environmental science and journalism, and I thought if it was surprising to me, it would be surprising to others. So I thought it was important to tell people about them.

Tracy: What do you hope it will accomplish as more people see it?

Jennifer: We just launched our outreach campaign in early February. We hope this will: 1) raise awareness of climate change and forced migration, because some people don’t know this is an issue; and 2) raise funds for the Carterets.

We just launched what we’re calling a “house-raising campaign,” where people throw a party to raise awareness of climate change and forced migration, and commit to raising money for the Carteret Islanders. Those funds will go back into Carteret community for building new homes in Bougainville.

We’re hoping hundreds of people across the country will commit to doing a fundraiser on the night of the Academy Awards, and our goal is to raise $20,000 for the Carterets.

The Carterets have a very sophisticated relocation plan that they’ve been working on for years. We just want to support that plan. The money we raise doesn’t just support building houses—it supports local environmental leaders, strong environmental leaders from within the community.

Tracy: Do you know how the islanders who have relocated are adjusting to life on Bougainville? In the film, it sounded like it would be quite different.

Jennifer: They’re doing really well. There are eight families moving in the next few months, so the money we raise will be used to support that move.

Tracy: It’s easy to slap a definition on people you don’t know, like “climate refugees.” For those who haven’t yet seen the film, what would you like people to know about the Carteret Islanders that goes beyond that sad label?

Jennifer: I’m so glad you asked that. That’s a great question.

That idea that there’s more to the Carterets than just being refugees was something we were striving to demonstrate in the film. We could only show a small part of who they are, but they have created an extensive relocation program themselves, and there’s a lot of thought and creativity in the community. They’re taking matters into their own hands in the face of tragedy—they’re not giving up and waiting for someone to come and give them something.

The term “climate change refugee” is controversial, but we use it to convey an idea, in a very quick way, of the circumstances they’re in, what’s going on in the island. When you’re trying to summarize the film, it’s easier to give people a quick picture.

Tracy: As you just said, and as your film demonstrates, the Carteret Islanders had to form and carry out their relocation—and negotiations for new land—by themselves, with no outside assistance. Has the Papua New Guinea government finally stepped in to help?

Jennifer: The government did at one point allocate 2 million kina [roughly US $765,000), which was sent to the government in Bougainville. The country’s president at the time knew Ursula Rakova—a native Carteret Islander and the leader of the relocation—and was working closely with her. But he passed away before money was distributed, so the Carterets haven’t seen any of that money.

The Carterets formed an organization called Tulun Lepesa in 2005 (which means “sailing the waves on our own”), when they realized they had a problem and weren’t getting support from the Papua New Guinea government or local governments.

Bougainville has this idea that they’ll just buy a plot of land and move everyone from the Carteret Islands on it. But rather than move their community to a plot of land, the Carterets are looking into an integrated approach, moving into different parts throughout Bougainville so they aren’t just becoming another island, but can really become part of the community.

Tracy: One chief in the film says something along the lines of he would rather die on the island than move. What has happened to him and others like him? Has life gotten harder since the film was made?

Jennifer: We finished filming in 2008, and in 2009, there was a particularly devastating high tide season. It wiped out another significant portion of gardening land [in addition to the flooded area shown in the film], and a lot of trees had leaves that were turning yellow. That was a really difficult time for the community.

When we were there, the families would ration food, so they might eat one day and just drink coconut water the next day. It depends how much fish they are able to catch, and what they can still grow in their shrinking gardens.

Tracy: I was really moved by the Bougainville man who said that taking in the Carteret Islanders could or should help the Bougainville people make peace among themselves in the wake of their civil war. Do you know if it has helped build bridges?

Jennifer: I think that’s something that will eventually happen, but since there are so few families that have moved, it’s hard to tell right now.

Tracy: The island on which you filmed seemed almost like this idyllic dream in a bubble. Were there any unique challenges you had making this film in this remote location?

Jennifer: Logistically, it was one of the most difficult shoots I’ve ever done, given the remote location. There were only two of us, and we were carrying everything we needed—our equipment, our backpacks. We were traveling with the Carterets all the time, riding in back of pickup trucks.

When you’re shooting, it can be a difficult journey anyway, but add to it that there were a lot of people in the back of the trucks, and the roads aren’t paved, they go through rivers. Our camera didn’t survive the trip. It died during the last week we were there. It was constantly exposed to everything it shouldn’t be exposed to—dust, salt water, moisture.

We brought a lot of ready-made camping meals with us, and instant meals to which you just add boiling water. When we went to Bougainville, we also stocked up on additional food and water. We brought solar panels, because we knew we wouldn’t have a power source to charge our batteries. So this was a solar-powered film!

Tracy: Tell me more about the house raisers.

Jennifer: People can host a house raiser to raise money for the relocation, and make it part of their Oscar party.

We’ll send out a tool on a DVD that will have information about the campaign and the Carterets, and an excerpt from the film on it. They can visit SunComeUp.com and click on “House Raisers” for more information.

Tracy: I know you have listed the film screenings on the Web site, but where can people see the film if it’s not near them.

Jennifer: We’re currently negotiating with a cable network to broadcast the film. Keep checking the Web site for news on whether that happens.

9 Toxic Ingredients to Avoid in Personal Care Products
Caring for Children and Elders, Cooperatively
Our Interview With the Makers of the Oscar-Nominated Short "Sun Come Up"
Learn about our sponsor. 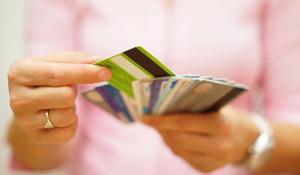 In addition to the Green America credit card, there are many socially responsible credit cards to choose from.