If money talks, then divestment walks. At least it does in the fossil fuel divestment movement that has prompted large and scalable campaigns against organizations that ally with oil and gas. Since 2012, investment activists and college students have been pressuring universities, religious institutions, and philanthropic foundations to divest from fossil fuels. Just over seven years later, the movement has totaled $11 trillion in institution divestments.

These activists have prompted the largest anti-corporate campaign of its kind, sending a market signal to industries and investors that the public wants companies to stop fueling the climate crisis and start putting their resources into clean energy and other sustainable investments. The success of the fossil fuel divestment movement has encouraged others to launch additional campaigns against companies and projects that are harmful to people and the planet.

2018 was the fourth hottest year on record – right after 2015, 2016, and 2017. US carbon emissions increased in 2018 despite record retirements in coal plants, illustrating how the country struggles to make further progress to mitigate climate change. However, the fossil fuel divestment campaign has made significant strides in squeezing the industry: Peabody, the world’s biggest coal company, cited the divestment movement on its list of reasons for bankruptcy in 2016, and Shell announced that divestment is a “material risk” to its business.

To prevent the burning of fossil fuels and further exacerbate climate change, 350.org founder Bill McKibben launched a campaign to get investors around the world to divest from the top 200 publicly traded fossil-fuel companies. The movement has evolved significantly since its launch in 2012 – what began with universities, religious institutions, and philanthropic foundations now includes major capital cities, mainstream banks, insurance companies, and massive pension funds. Divestment pledges now span across 37 countries with over 65 percent of commitments outside the US.

Recent victories have added to the multi-trillion dollar divestment records. In early 2018, New York City promised to divest its $189 billion city pension fund and during that summer, Ireland became the first country to legislate divestment in its $10 billion sovereign pension fund. As of September 2019, the movement has surpassed its 1,000th institution divestment totaling over $11 trillion and over 58,000 individual divestments totaling about $5.2 billion. According the World Bank, $11 trillion represents over 15% of all global equity funds.

A Long Way to Go

Despite these new records, there is much work to be done. Harvard University sits on the largest academic endowment in the world, $39.2 billion. Yet the university refuses to divest, despite growing pressure from students, faculty, and alumni. Other higher institutions have stepped up, including Columbia University, which has divested from companies that derive 35 percent or more revenue from coal production.

At the same time, JPMorgan Chase has not only continued to fund but has increased funding for fossil fuels and their expansion. Its financing of $67 billion is by far the greatest investment in the climate disaster that any bank in the world has made.

JPMorgan Chase is not the only one—between 2016 and 2018, 33 global private sector banks funneled $1.9 trillion dollars into fossil fuel projects and companies. Some banks have taken small steps such as increasing their lending for renewable energy, but these actions don’t target the root of the problem that is fossil fuel funding. FossilBanks.org has the full list of banks that are the largest financers of the fossil fuel industry, including, but not limited to: Bank of America, Citi Bank, Wells Fargo, Goldman Sachs, and Morgan Stanley.

Companies used to be able to justify this investment by pointing to high returns, but recent studies show that the return on investment for fossil fuels is no longer lucrative. Citing figures from stock market company MSCI, the Guardian noted that “investors who divested from fossil fuel companies would have earned an average return of 13 percent a year since 2010, compared to the 11.8 percent a year return earned by conventional investors.”

Visit greenamerica.org/divest-reinvest for a list of resources to help you divest from fossil fuels and reinvest in sustainability, including fossil-free mutual funds, CDs, as well as financial advisors who can help clients construct fossil-free portfolios.

Incarcerated people in both government and private prisons face poor living conditions such as insufficient food and shelter, coupled with inadequate services like poor healthcare, education, and working environments. Inmates are exempt from the Fair Labor Standards Act and can be required to work for free while incarcerated under the 13th Amendment. Most inmates work in maintenance or food service in their own prison facilities to reduce the overall operating costs.

Operating costs are also cut by skimming on safety, education, and health standards; a 2016 report from the Justice Department found that private prisons have more safety and security incidents per capita than federal institutions.

Private prisons, unlike public ones, have an added profit incentive. Rather than reducing recidivism and rehabilitating prisoners, private prisons can increase their profit margin by lobbying for laws that increase incarceration and extend sentences.

GEO Group and CoreCivic (formerly Corrections Corporation of America) control approximately 75 percent of the private prison market in the US and run several immigration detention centers. They benefit from the Trump Administration’s aggressive immigration policy that fills detention beds and backlogs immigration courts—all while having unlimited access to a growing pool of workers.

Like people convicted to sentences in private prisons, immigrants in for-profit detention centers face—and work in—inhumane conditions; however, asylum seekers are fleeing persecution, torture, or death in their home countries and come to the US for protection. ICE has been arresting asylum seekers and locking them up for prolonged periods of time without bail—a violation of US and international law. Additionally, Trump’s zero-tolerance policy led to the separation of over 2,700 children from their families at the US-Mexico border and the government has yet to reunite all families.

Activists are standing up for prison workers and unfairly detained immigrants through divestment. Freedom to Thrive (formerly Enlace) is urging investors to remove investments from GEO Group and CoreCivic. They’re also targeting the The Million Shares Club, a group of 39 major financial investors that each own over one million shares of these two private prison companies combined. The Million Shares Club includes groups like Blackrock Inc., Vanguard Group INC, and Prudential Financial Inc, to name a few.

In recent victories, both JPMorgan Chase, Bank of America, and Wells Fargo announced decisions to exit the private prison and immigrant detention industries. However, these prisons still have major support. BNP Paribas, SunTrust, and US Bancorp are the remaining three mega-banks responsible for financing GEO Group and CoreCivic.

You can take action by breaking up with mega-banks that support private prisons and detention centers and put your funds in a community development, green bank or credit union. These institutions work to build the green economy through community development projects and loans—not private prisons and detention centers. Find one near you with our Get A Better bank directory or talk to your financial planner.

Vote with Your Dollars for a Better World
Investing in Change
Break Up with Your Megabank in 10 Easy Steps
The Consumer Financial Protection Bureau Needs to Refocus on Consumer Protection
Taking Stock of Divestment Movements
Staff Picks for Balancing Your Budget
Socially Responsible Investing at Every Age
Anatomy of a Proxy Ballot
Learn about our sponsor. 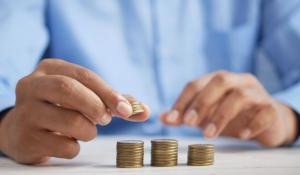 States and municipalities raise money through issuing bonds, but they rarely fund green infrastructure or activities, and they are usually too pricey for most individual investors. But a new bond from Connecticut offers a new way for any investor to support clean energy. 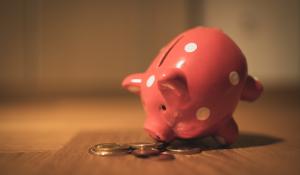 Judy Switched Banks to Match Her Values; How About You?

Judy Smith, past president and current secretary-treasurer for United Methodist Women at Chevy Chase (CCUMW) in Maryland, is devoted to Creation Care and 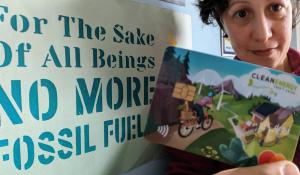 Joelle Switched Banks to Match Her Values; How About You?

Why Switch Banks? On Account of the Climate and Chickadees (and whatever you love)

Not too long ago, those sentences would not have made sense to many people.