An investigation by China Labor Watch found that toy factory workers are often exposed to sweatshop abuses and toxic chemicals without adequate protection.

Toy companies like Hasbro and Disney that do business in China are hiding a dark secret—millions of workers toil in the Chinese factories in their supply chains under cruel, backbreaking conditions, according to an investigative report by China Labor Watch (CLW) released in November. To add insult to injury, these workers are also often exposed to toxic chemicals without adequate safety protocols in place. Seventy-five percent of the world’s toys are produced in China, and 85 percent of US toy purchases came from the country, according to CLW.

Green America is teaming up with CLW to demand that US toy giant Hasbro—
whose products include popular Star Wars, Marvel, and Disney toys—take action to protect workers in its supply chain.

“The poor working conditions in China are caused by the refusal of toy
companies like Hasbro and Mattel to do what’s necessary to ensure workers
are treated according to Chinese law and to ethical standards,” says Kevin
Slaten, CLW’s program coordinator. “Toy brands play factories off one another to reduce production prices and maximize profit margins,” leading to workers getting squeezed at the bottom of the supply chain.

“The abuses investigators saw include:

In addition, the factory buildings themselves are often not safe. At the Winson factory, a longtime supplier for Mattel, a painting workshop inside the factory caught fire due to old, exposed electrical wires while CLW was investigating the factory. Though no workers were hurt in this particular fire, “our investigator found such wires elsewhere in the factory that were still exposed,” says Slaten. “You have to ask, ‘When is the next fire?’”

The report details 50 events that harmed workers in the past 20 years, such as fires or poisonings, all of which occurred because of unsafe factory conditions.

“Green America is joining with CLW to call on Hasbro and other toy makers to clean up their supplier factories and protect workers,” says Elizabeth Jardim, Green America’s consumer advocacy director. “Toy companies won’t change until their customers demand it. Please sign our petition and consider more responsibly made toys for your loved ones this year.”

From Green American Magazine Issue
Soil Not Oil: How Organics Can Feed the World

Soil Not Oil: How Organics Can Feed the World 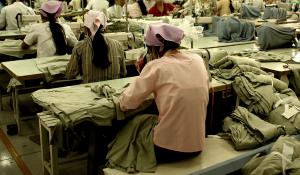