Community investing banks don't promote the reckless practices that brought down the economy, and they use your dollars to provide much-needed services to underserved communities.

With big changes occurring at two of the country’s largest and best-known community investing banks, socially responsible investors may be wondering how the current financial crisis is affecting community development financial institutions. Is the money in accounts at these banks safe? Is opening new accounts in these accounts a sound financial move? And what will happen to the social and environmental missions of the community investing banks where changes have taken place?

Here’s what you need to know.

The Federal Deposit Insurance Corporation (FDIC) predicts that the number of banks that will fail this year will exceed 2009’s total of 140. Community investing banks are part of the broader banking world and are not immune to national economic developments and policies. Most are weathering the recession well, and their services to low-income communities are more essential than ever.

However, ShoreBank, America’s first and best-known community development bank, has faced some difficulty in recent months. After 37 years of serving low-income areas of Chicago, ShoreBank’s Midwest bank became the 15th Illinois-based bank to shut its doors (albeit temporarily) since the beginning of the year.

ShoreBank served some of the hardest hit areas in the country, including Detroit and Cleveland as well as the south side of Chicago. Unlike similar requests from many of its “too-big-to-fail” counterparts, ShoreBank’s request for Federal Troubled Asset Relief Program (TARP) funds was denied.

“The US government failed to realize that by letting smaller banks fail, they are harming Main Streets across the country. Community investing banks lend to small, local businesses, which are the backbone of their community,” says Fran Teplitz, Green America’s
director of social investing programs.

If you are a customer of ShoreBank, don’t worry—your accounts will be transferred over to Urban Partnership Bank without an interruption in your services. No customers have lost any deposits, even those with over $250,000 in their accounts. ShoreBank assures its customers that “all banking business continues as usual, and all relationship managers remain the same.”

The Urban Partnership Bank has also applied to become a certified community development financial institution (CDFI) through the US Treasury Department, further cementing its commitment to continue ShoreBank’s good work investing in communities that need it most. In addition, the new Urban Partnership Bank will be helmed by ShoreBank’s president and COO, William Farrow.

Big changes are also afoot at ShoreBank Pacific, a Seattle-based subsidiary of ShoreBank and the bank with which Green America has a co-branded VISA card. ShoreBank Pacific plans to merge with OneCalifornia Bank, a CDFI focusing on lending to local businesses, nonprofits, and community organizations.

The merger still needs to be approved by federal regulators, which is likely to take two to four months. The ShoreBank Pacific name will also likely change, though the new name has not yet been determined. The new entity will have assets of approximately $300 million and will serve low- and middle-income areas all along the US West Coast.

Your Deposits are Safe

Don’t be afraid to put your money into a community development bank. Remember, all personal holdings in banks are insured up to $250,000 per financial institution by the FDIC, so you won’t lose any money up to that cap. That FDIC cap is effective until Dec. 31, 2013.

Opening up accounts at multiple community development banks will help your money go to different projects and safeguard you in case a bank does fail and you are waiting to get your money back from the FDIC; your funds won’t all be tied up in one place.

“Accounts in community investing banks are just as safe as those in mega-banks, and their mission is critical to fostering economic recovery in this financial crisis. They’re solving, rather than exacerbating the economic downturn,” reports Todd Larsen, Green America’s director of corporate responsibility programs.

Your Deposits are Critical

It is more important now than ever to invest in community development banks. CDFIs provide funding to communities where traditional financial institutions don’t usually dare to tread. Most large banks do not think it’s worth the time and paperwork to make loans for small businesses who will not be borrowing large amounts of money. Community investing banks often focus on small, local businesses as part of their mission.

“People with accounts in community development banks are strengthening communities, in their own backyard and across the United States,” says Sylvia Panek of the Social Investment Forum.
“These funds are playing a critical role today in America’s economic recovery, especially in areas hit hardest by the recent financial crisis, by drawing people back into the economic fabric of their community and promoting small business and job growth.”

It was the mega-banks that were behind the creation of weak and predatory subprime mortgage products that helped create the economic crisis. In contrast, community development banks and credit unions help lift everyday people up and ensure a healthy, fair economy going forward.

Given the choice between a federally insured mega-bank invested in weapons and coal-fired power plants, and a federally insured community development bank invested in day cares, organic farms, and sustainable forestry, it’s clear where your accounts can have the most powerful impact. For more information community investing, visit Green America’s CommunityInvest.org.

What Is a Community Investing Bank?

Community investing banks are a type of community development financial institution (CDFI), which work in areas that are underserved by traditional financial institutions. CDFIs are different from local “community banks” in that they have an express mission of funding community development initiatives. They grant loans for education, affordable housing, or business start-ups to deserving low- and moderate-income people whom traditional institutions might consider “unbankable,” and they provide financial training to help those loans succeed.

In 1994, Congress created the CDFI Fund within the Department of the Treasury. The CDFI Fund certifies CDFIs and, since its inception, has provided upwards of $1 billion in federal funding to these institutions. There are 885 CDFIs across the US.

For example, when Danny Schwartzman graduated from college, he wanted to open up a café in Minneapolis that served local, organic, and Fair Trade food and paid workers a living wage. He found few banks that were interesting in funding a start-up green restaurant with a young prospective owner—until he met with a representative from University Bank, a Sunrise Community Bank and a certified CDFI.

After working with Schwartzman, University Bank not only financed the café, it gave him loans to turn the upper floors of the building he purchased into affordable-housing apartments. He also bought and renovated the building behind his. Since opening its doors in 2009, the Common Roots Café has become a bustling 120-seat restaurant that purchases organic ingredients from over 30 local producers. This “risky” business venture also created more than 30 jobs, helping to make downtown Minneapolis healthier and greener. 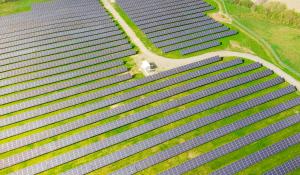