The Hidden Cost of Financial Freedom

Achieving financial freedom while Black in the US means beating the odds, but that success comes with a tax.
By
Tonya Russell

Being the first in your family to have success can be empowering––and draining. When someone experiences upward mobility, it typically affects their immediate family. However, for Black people, sometimes someone making it can mean the entire family makes it. After all, it would take 228 years for the average Black family to obtain the same amount of wealth as white families, according to a report from the Institute for Policy Studies.

The media often highlights stories of Black people succeeding despite the odds. When we watch the NFL draft, we see a Black boy who grew up in an impoverished neighborhood surrounded by his closest loved ones, all ready to celebrate his success. We’ve also seen the same scenario for actors and singers.

In a 2010 interview with Oprah, singer Fantasia opened up about the pressure of being her family’s breadwinner at 19 after her American Idol success and the subsequent bankruptcies she faced.

“I was young, fresh in the game, and I just wanted to sing, without really understanding that you still have to watch after everything that you have going for you,” said Fantasia.

This phenomenon also extends to the average person who may be the first to obtain a bachelor’s degree, or someone like me, who is married with no children. Having a degree and no kids may seem to free up my finances, since children can be costly, so I may appear to be the right person to ask for a loan.

While Black individuals may be expected to pull their families up the class structure, growing strong financial legacies can empower families for future generations.

What is the Black Tax?

A. Donahue Baker, the co-founder and CEO of financial services firm Money Avenue, understands this situation firsthand. He was the first in his family to graduate college and the first to earn a six-figure income. Baker explains that the “Black Tax” describes the financial cost successful professionals of Black families pay to support less fortunate family members.

“It is exacerbated by societal pressure and an economic system that has historically denied Black people opportunities to build generational wealth,” Baker explains. He describes being the safety net in his family once he landed his first high-paying job.

“My family began to look at me as the source of funds for everything just because the perception was that I could afford it whether that was true or not,” Baker says. “Then later in life when I started my own CPA practice, I saw it play out repeatedly with entertainers, NBA players, and entrepreneurs.”

The expectation of better-off individuals to support their family members instead of putting money towards growing wealth, such as through housing or the stock market, impacts one’s ability to pass on a legacy to their loved ones.

“Despite the odds, many Blacks have still been able to achieve financial success, but some feel that success has left a sense of obligation or guilt to help less fortunate family members and friends,” Baker says. “Many realize it is usually those family members that have sacrificed and/or contributed to their success.”

The roots of the wealth gap took hold during the slave trade in the US, when Black people were kidnapped and forced to provide labor that built wealth for white families. The trauma of this era reverberates to this day, both psychologically and economically. Not every slave was freed in 1863, after the Emancipation Proclamation was signed, and while some slave owners were given reparations, no slaves were.

Instead, vagrancy laws were enacted as early as 1866, which meant that anyone who appeared to be homeless or not working could be jailed. Freed Black men, without any wealth to purchase a home, were sent to prison to supply free labor (read more about the racist prison system on p. 18). General Sherman’s “40 acres and a mule” field order was also rescinded by President Johnson.

Black veterans were also unfairly treated despite fighting in the world wars. The G.I. Bill, signed in 1944 by President Roosevelt, offered veterans college funds, unemployment insurance, and access to affordable housing. Black veterans, while technically qualified for the Bill, came home to find themselves targets for lynching throughout the country instead, and were more likely to be dishonorably discharged than any other group. Not only that, they were denied access to vocational programs and scholarships, which made them more likely to be unemployed. While 1.2 million Black men served, only 12% were able to take advantage of the G.I. Bill, according to The Journal of Blacks in Higher Education.

With these barriers in place, Black families struggled for longer to get their footing under them, and that is why, to this day, some families may still be working towards obtaining generational wealth.

Several government programs have been started hoping to help families build a legacy and break down racial barriers to wealth creation. For instance, the Federal Housing Administration has programs that encourage people to buy their first homes, even for seniors. The Earned Income Tax Credit and Medicaid expansion have also helped to create equity for low income individuals, regardless of race. These ensure that they have access to healthcare and an extra cushion at tax time.

On the local level, cities like Evanston, Illinois, and St. Louis, Missouri, have started reparations programs for descendants of slaves. Evanston residents can take advantage of grants to buy or repair their homes. In April 2022, the city of St. Louis created a voluntary reparations program in which residents may voluntarily contribute funds to help struggling areas of the city. Black residents have expressed concern about not understanding how to apply or qualify for assistance through that fund.

For those looking to educate themselves, resources are even available from your phone. Podcasts such as Paychecks & Balances and Afronomics offer culturally competent financial advice on the go. Scholarships and loans for students can be a form of reparations to help create equity for those from families who can’t afford to send their children to school. Scholarship programs can alleviate the strain of carrying student loan debt, since it can impact your credit worthiness, and 48% of Black students owe 12.8% more than they’ve borrowed. Bold.org keeps a running list of scholarships that decrease the need for loans and/or encourage diverse representation in careers like STEM, law, and hospitality.

Another means of reparations can involve the average consumer supporting Black businesses. Employers can also work to close the pay gap that persists between people of color, and banks can revise their lending programs, since Black entrepreneurs are less likely to get venture capital funding.

It can be tempting to give your family the world as a breadwinner, but that doesn’t mean you should feel obligated to deplete yourself or your finances. We must take care of ourselves to take care of each other. Our ancestors built the foundation and planted the seeds for us. By creating financial legacies, we are replanting those seeds for the next generation. ✺

Tonya Russell is a South Jersey-based freelance writer who is passionate about health, wellness, and culture. Her words can be found in the New York Times, The Atlantic, Washington Post and Well and Good. 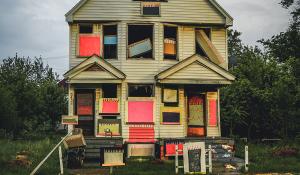 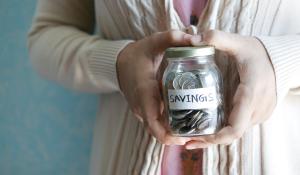 Don’t wait for “perfect market conditions” to set up an employer-sponsored retirement plan; that day may never come! Even in a turbulent market, today is still the day to commit to setting up a retirement plan for your employees if you don’t already offer one.