Cocoa is a $16 billion a year industry, but the average annual revenue the cocoa farmers receives is between $30 and $110 per household. The Fair Trade certification for chocolate has given over 42,000 cocoa farmers in West Africa, the Caribbean, and the Americas a decent price for their crop. Since 90% of the world's cocoa is grown on small family farms of 12 acres or less, Fair Trade cocoa is directly improving the standard of living for farmers in the poorest regions of the world.

Kuapa Kokoo is a 35,000-member cocoa producer cooperative founded in Ghana in 1993. It represents a unique empowerment effort that enables small cocoa farmers to have a voice in government and attain more information regarding their dealings with cocoa buyers. Kuapa Kokoo is made up of village societies that elect committees and representatives at a regional level, who in turn elect representatives to the National Union. This Union represents farmers’ interests to government and industry bodies, and shares information that is beneficial to its members.

Kuapa Kokoo owns 33% of the Day Chocolate Company that in turn sells Fair Trade Certified™ Divine and Dubble chocolates in the UK and US. This unique venture allows Kuapa Kokoo’s members to increase their profits from their cocoa and enhance their knowledge of the western chocolate market.

“A bite of Fair Trade chocolate means a lot to peasant farmers in the south. It opens the doors to development and gives children access to healthcare, education, and a decent standard of living.” —Mr. Ohemeng-Tinyase, Managing Director of Kuapa Kokoo 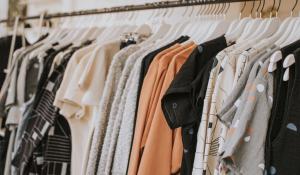 In industry first, 60 companies call on US insurers to drop fossil fuels

Over 157,000 Consumers Call on Home Depot and Lowe’s to End Sales of Cancer-Linked Roundup