If you’ve ever reached out to a company and asked about its sustainability and social responsibility practices, you’ve probably received a message assuring you of its commitments to these issues. But what are they actually saying?

Today, we break down some responses that members and Green America received from Carter’s.  Thanks to the over 6,000 people who’ve taken action with us to send Carter’s a message asking them to reveal the toxins in their supply chain and address them to protect workers and consumers.  If you haven’t taken the action yet, please do so.

“Thank you for your concern about Carter’s social responsibility efforts.  Carter’s is committed to operating with the highest legal and ethical standards, including in the manufacturing of our products in foreign countries.”

Carter’s doesn’t define, either in its statement or on its websites, what the “highest legal and ethical” standards are. On its own, this phrase is meaningless – highest by who’s definition? Additionally, if they were operating at the highest ethical standard, we wouldn’t have needed to reach out to them for information about their corporate social responsibility (CSR) efforts – it would be publicly available!

A comparison between Carter’s and Target, which is a leader amongst larger retailers in addressing toxins and providing transparency, is instructive.  Carter’s provides a single vague page of information on its website regarding all its social responsibility. By contrast, Target provides pages of information on its website (starting here), and publishes a detailed corporate social responsibility report, which makes clear the extensive work the company is doing to address issues like toxins, water issues, and the use of more environmental sustainable materials.

“To that end, Carter’s has established and implemented a social responsibility program that sets forth the standards, obligations, and requirements that foreign vendors must meet in order to do business with Carter’s.  These standards are in line with, and in many cases exceed, all local country and international legal requirements and best practices, such as those set forth by the International Labour Organization, or ILO.”

Carter’s says its social responsibility program standards “are in line with, and in many cases, exceed all country and international legal requirements, such as those set forth by the ILO”. Since Carter’s also does not have a publicly available supplier list, we don’t know which country laws they are referring to; it is important to note that labor laws are often weak or poorly enforced in sourcing countries.

Finally, the ILO, as its name suggests, focuses on labor rights – so its standards do not necessarily address the environmental aspects of supply chains. Without more information, this statement rings of empty platitudes rather than concrete information.

Once again, Carter’s doesn’t direct consumers to any tangible information about standards, how their vendors perform, and what – if anything – it does to address non-compliance with standards, including standards around toxic chemicals. When suppliers are non-compliant, does Carter’s work with the factory to improve environmental and working conditions? Or does it cut and run, potentially leaving workers without a job?

Additionally, time and time again, in numerous industries, third-party social audits do not detect labor abuses and are at best a partial solution to abuses in supply chains. And, auditors may not be trained in identifying toxins in the workplace, and whether workers have adequate protections.

Here, Carter’s offers that they ‘help educate vendors’ in order to meet their standards, however Carter’s does not state if they are actually paying enough for their products so that the vendor can implement international standards without going bankrupt. While education can be useful, it cannot occur alone and is far from a solution to labor abuses in supply chains.

“Carter’s is committed to operating under the highest legal and ethical standards of social responsibility- and we will only work with those vendors who are similarly committed.”

It’s good that Carter’s is “committed” to the highest legal and ethical standards, however what steps are they taking to turn commitment into action? Also, highest standards according to whom? And, how do these standards relate to the use of and disclosure of toxins in their supply chain? From this response, that all remains unclear.

Statement 2 From Carter’s – made directly to Green America

Before Green America asks the public to urge a company to improve its practices, we always reach out to the company to see if they can provide us with any information beyond what they publicly disclose, and to see if they will work with us to improve their practices without our launching a public campaign.  After numerous efforts to reach out to Carter’s, this is the reply we received back from them:

“Thank you for contacting us. We have an internal restricted chemicals list that we are working on expanding. We are also actively assessing how we can better disclose this and other environmental, social, and governance-related information to our customers and the general public.”

Carter’s says it has an internal restricted chemicals list (RSL), which is a list of chemicals that the company uses to determine which chemicals can be found on its clothing when it reaches the consumer market. An internal RSL means that consumers don’t know what chemicals Carter’s allows on its clothing, and the company’s comment about “working on expanding” indicates that it is not as comprehensive as it could or should be. Furthermore, the message does not mention a manufacturing restricted substances list (MRSL), which restricts and bans what chemicals can be used in the manufacturing process. An MRSL helps protect workers and their communities from toxic chemicals.

The assurance of figuring out how to “better disclose this and other environmental, social, and governance-related information to our customers” sounds nice, but it does not indicate a timeline for when they hope to accomplish this by – a promise with unclear intentions of follow-through. Carter’s is also not committing to issue a full corporate social responsibility report that meet Global Reporting Initiative standards, which are the standards that responsible companies adhere to in their reports.

Further, there are many examples of how other companies disclose this information to consumers; this is not rocket science, rather Carter’s is denying consumers the ability to make a fully informed decision about which clothes you buy for your children. If you are interested in seeing how other companies display this information, see Target’s CSR page on chemicals. Target provides clear deadlines to implementing the RSL and MRSL lists throughout their value chain and even provides their current RSL list.

You, as a consumer, play a vital role in changing industry norms. Reaching out to companies to inquire about their policies and practices, demonstrates to a company that you care and that you will use your purchasing power to advance a more ethical and sustainable clothing industry. Consumers deserve to know what chemicals their children and the workers that make those clothes are exposed to. A company that has specific policies in place is likely to either share the information with you or direct you somewhere where you can learn more about what the company is doing. If a company offers you grand statements and few details, it probably isn’t as sustainable or socially responsible as the statement sounds. 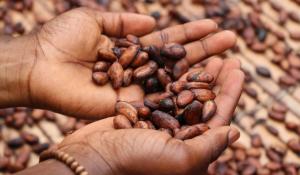 Designing an end to a toxic American obsession: The Lawn

Green America: Amazon Responds to Pressure to Clean Up Its Cloud