Why are Walmart’s refrigerants a major climate issue?

Highly potent greenhouse gases called hydrofluorocarbons (HFCs) are leaking out of Walmart facilities and contribute nearly half of Walmart’s direct climate-damaging emissions. HFCs have up to thousands of times the warming power of carbon dioxide and are commonly used as refrigerants.

Walmart emits over three million metric tons of HFCs, which equates to more than half a million cars on the road, each year.

The United Nations reports that eliminating HFCs can prevent nearly half a degree of global warming, crucial to staying under the 1.5-degree Celsius limit to prevent the harshest and deadliest effects of climate change.

What did the shareholder resolution ask Walmart to do?

Walmart’s HFC emissions have been steadily increasing for the past 15 years – despite the company taking a pledge in 2010 to begin reducing HFC emissions. Walmart has finally announced a goal to transition to “low-impact” refrigerants by 2040 but has not provided any details on how it will meet this target nor specifics on what refrigerants it considers “low-impact.”

The company’s history of inadequate action to cut its HFC emissions makes the twenty-year timeline and vague details of its current refrigerants goal more concerning. Walmart’s 2040 target is inconsistent with global efforts and domestic policy to phase down the use of HFCs.

That’s why the Rhode Island Treasurer’s office filed a shareholder resolution to address these issues, stating that its current statements on refrigerants lack rigor and clarity:

Shareholders request that Walmart issue a report, at reasonable cost and omitting proprietary information, describing if and how it plans to limit its impact on climate change by increasing the scale, pace and rigor of its plans to reduce refrigerants released from its operations.

What are the financial risks of not tackling refrigerants?

Walmart’s history of using climate-damaging refrigerants and its emissions from rampant leaks undermine its efforts to become a climate leader in the retail sector.

Its inaction on refrigerant emissions has made the company and its shareholders vulnerable to the following financial risks: 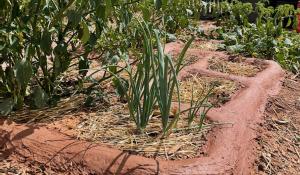