How New Credit Card Rules Can Help You

If you’ve ever carried a balance on a credit card, you may be well acquainted with how much the fees and penalties added to that balance can cost you. And you weren’t alone: In 2008, the “big 4” mega-banks—Citigroup, JP Morgan Chase, Bank of America, and Wells Fargo—charged their customers $15.1 billion in credit card penalties and overdraft fees, according to the Center for Responsible Lending. That money was equivalent to 80 percent of the $18.3 billion in bonuses the four banks paid to executives that year, despite needing huge infusions of taxpayer bailout money to stay afloat.

Those fees are big business for mega-bank card issuers, so they’re not interested in helping you avoid them, says Fran Teplitz, Green America’s director of social investing.
“The big banks that played a leading role in our country’s financial crisis continued to maneuver unscrupulously even after the government bailout,” she says. “Some attached predatory, hidden fees to financial products like credit cards, or jacked up interest rates unfairly to grow their bottom lines. They are profiteering and stripping wealth from families rather than strengthening the economy for the good of society as a whole.”

Protections for Card Users If you use a credit card, the new rules under the CARD Act will benefit you in the following ways:

A warning on rate changes: Instead of suddenly increasing your interest rate, card companies must now send you a 45-day advance notice.

More useful billing statements: Making only the minimum payment on a high credit card balance is a surefire way to stay in debt, because it inflates the interest you’ll pay. Thanks to the new rules, credit card companies now have to tell you exactly how long it’ll take to pay off your balance if you just make the minimum payment. Your statement will also tell you how much you should pay each month to eliminate your balance in three years.

“This information is going to be so helpful to credit card users,” says Teplitz. “It’ll give people a realistic monthly picture of just how much money they can avoid giving away to mega-banks by paying off their balances quickly.”

A year of stable interest rates: Credit card companies cannot increase your interest rate for 12 months from when you open the card account. There are exceptions: If your credit card is tied to a variable index (which must be explained on your original card agreement) or if you are later than 60 days with a monthly payment, your interest rate may legally increase within that first year.

Banks may also still offer six-month introductory interest rates, and increase to the “normal” interest rate when the offer expires.

No retroactive rate increases: Interest rate hikes after that first year also will only apply to new charges. Balances you carried before an increase can only be charged interest at the old rate.

Restrictions on over-the-limit fees: Before the new rules, credit card companies could allow you to charge over your limit, and then level a penalty charge against you for exceeding that limit. Those days are no more. Now, unless you actually tell the credit card issuer to allow charges over your limit, it must simply decline such charges. Other than a little embarrassment, you won’t suffer any further penalties.

Protection for young people: If you are under 21, you’ll now need proof that you can make payments, or an older cosigner, to get a card. Your cosigner will have to agree to any credit card limit increases, making it easier for parents and guardians to teach teens to use cards responsibly.

Standard payment scheduling: Card companies must now deliver your bill 21 days or more before the billing date. The billing date must be the same day every month (or the next business day after, if the company doesn’t process payments on your due date). And the cut-off time for payments can’t be earlier than 5 p.m.

No double-cycle billing: Double- cycle billing meant card companies considered not only the current balance on the credit card, but also the average daily balance from the previous billing period when calculating interest. Then, they’d often use the higher figure for interest calculations. The new rules make this practice illegal.

Extends gift cards: Gift credit cards cannot expire for at least five years under the new law. Card issuers cannot level “inactivity fees” unless the card has gone unused for over a year.

What to Watch For
Green America and other groups warn credit card users that credit card companies aren’t going to go gently into that less-predatory night. The Pew research firm predicts that the new rules will cost the credit card industry at least $10 billion annually (and save consumers that amount).

“Card users should be wary of new fees their credit card companies could charge them, as they try to recap this lost revenue,” says Teplitz.

Among things to watch for:

Interest rate hikes: There’s no cap on interest rates, so card companies could send yours skyrocketing.

New fees: Card companies will be adding more fees and increasing existing fees. Look at your statement for any new annual, processing, and activity fees.

Cutbacks on rewards: If you have a rewards card, be aware that those rewards could shrink.

Break Up with Mega-Banks
As credit card companies deal with the repercussions of the CARD Act, consumers should be wary. If you don’t like what you see, shop around for another card.

And pay off your balance every month to keep your hard-earned money from needlessly ending up in a mega-bank’s executive bonus pool.

Green America has long been urging people to break up with mega-banks. Now, even mainstream financial experts are getting on board with that advice. Money magazine’s Amanda Gengler told CBS’ Early Show in February, “Some of the nasty [credit card] practices that we’re hearing about are often from the largest banks. Consumers need to read the terms and then shop credit unions, regional banks, smaller banks, because they often can provide much friendlier credit cards.”

Get a card with a community investing bank, and you’ll get a friendlier card, along with the peace of mind that any interest or fees you pay help low-income people better their lives and communities.

How New Credit Card Rules Can Help You
It's Only Fair
Greening School Fundraisers
The Sweet Side of Fair Trade
Learn about our sponsor.

On September 23, 2020 the Securities & Exchange Commission (SEC) voted to undermine the shareholder resolution process and thereby the ability of investors to pressure corporations to be accountable for their social and environmental impacts. 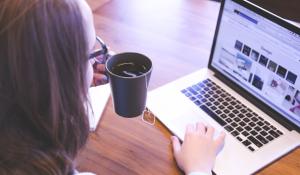 If you are not finding a financial institution that meets your needs from our database, you can use the links below to search a larger field of small banks and credit unions. Remember, while any smaller bank will have far less negative impacts than a megabank, you may not approve of all of their