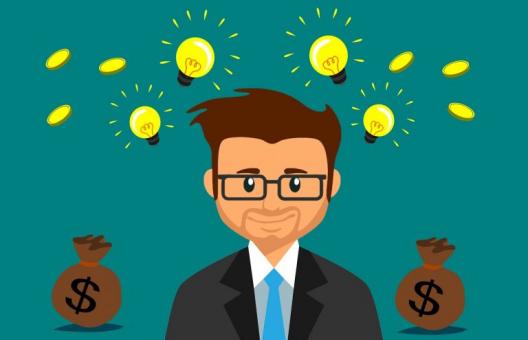 This article originally appeared in ValueWalk, on February 5, 2020

Commenters opposing the new restrictions on shareholder rights include large investment funds, pension funds, religious institutions, foundations, investment managers, university endowments, individual investors and the SEC’s own Investor Advisory Committee.  These investor letters describe in detail the immense benefits from many important ideas that originated with shareholder proposals that would not have been allowed if the SEC’s new restrictions had been in effect.

Many of these investors also criticized the SEC’s companion proposal to require independent proxy advisors to clear their advice with the subject companies before providing it to their investor clients. These investors lamented that corporate involvement in proxy advice will jeopardize the independence and reliability of a critical resource for investors to hold management accountable for delivering long-term shareholder value.

“Investors’ comments on the SEC proposals staunchly defended their rights to continue to file and vote on shareholder proposals, as well as to continue to obtain independent proxy voting advice,” said Sanford Lewis, Director of the Shareholder Rights Group.  “The current changes, proposed by SEC Chair Jay Clayton and adopted on a 3-2 party-line vote, were not asked for by any investors.  They are the result of an intense, multi-year lobbying campaign funded by corporate trade associations led by the Chamber and the Business Roundtable.”

As of the February 3 deadline, more than 14,000 comment letters have been filed and listed on the SEC’s website on the SEC’s proposed amendments to restrict shareholder proposals, including from more than 31 asset managers, 7 pension funds, 73 faith-based groups, 60 prominent scholars, 9 state or local government officials, 2 unions and several thousand individual investors. Numerous investor groups also filed letters opposing the SEC proposals to place "restrictions on shareholder rights", including:

Comments were also filed by several civil society groups, including Public Citizen, Green America, Oxfam and the Thirty Percent Coalition.  More than 500 individual investors filed their own comment letters, and 13,000 additional individuals weighed in through petitions organized by As You Sow, Public Citizen and the Friends of the Earth.

Tim Smith of Boston Trust Walden, a member of the Shareholder Rights Group, stated, “We have seen an outpouring of investor opposition to these new restrictive rules coming from a significant cross-section of investors.  The SEC’s role is to be the investor’s advocate, protecting investor interests.  The message from these comments is clear that the SEC should put aside these two proposals that reflect a disturbing anti-investor bias.”

Since the 1940s, shareholder proposals have been a critical tool for investors to raise issues of concern at annual shareholders meetings and hold corporate CEOs and boards accountable to their owners.  Proposals allow shareholders to speak to, inform and test the waters on an issue with their fellow shareholders.  Over the last 50-plus years, shareholder resolutions have spurred numerous changes in corporate governance, policy and disclosure.

The investor comments filed in opposition to the SEC’s proposal reflect deep research, analysis and experience, and reveal serious flaws in the SEC’s analysis and economic justification.

The Shareholder Rights Group (SRG) is distributing this information on behalf of its members as well as numerous other investment organizations affected by the rulemaking proposals.