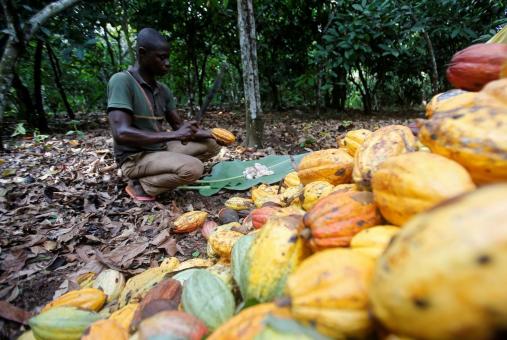 This article originally appeared in The Washington Post, on October 14, 2019

Major chocolate companies such as Godiva, Lindt and Hershey are failing to make sure their suppliers don’t use children as workers, according to a new ranking by activists released last week.

Mars and Nestle were rated slightly better than Lindt and Hershey, while seven smaller companies received the best grade, including Alter Eco, Divine and Tony’s Chocolonely.

Most of the world’s cocoa is grown by poor family farmers in the West African countries of Ghana and Ivory Coast, where an estimated 1.6 million children work in the industry.

While companies are making efforts to fix the problem, Green America said it is too early to see results for some, while others received low grades for not revealing all of their suppliers.

“This Halloween and every day, children should be able to enjoy candies that aren’t made by child laborers,” said Charlotte Tate, Green America’s labor justice manager.

“Big brands must do more to tackle these issues, and buying ethically sourced chocolate is one way for consumers to put pressure on brands to change their practices,” she said.

Godiva, which received the worst ranking, said it purchases cocoa through third parties, which put it at a scoring disadvantage.

“We ensure ethical sourcing through agreements with our suppliers to comply with our Godiva Code of Conduct, which explicitly prohibits the use of forced and child labor,” a company spokeswoman said in an email.

Most major chocolate companies are working to increase the percentage of their cocoa that is certified as ethical by groups such as Fair Trade and Rainforest Alliance, or through their own certification programs.

Many have the goal of sourcing 100 percent certified cocoa by 2020.

But Green America said buying certified cocoa is not enough. It said there are related issues such as whether companies had initiatives to support communities and raise farmers’ pay.

Most cocoa farming families live below the World Bank’s poverty line of $2 a day. The poverty encourages child labor, according to the charity International Cocoa Initiative (ICI).

Ghana and Ivory Coast on Thursday said that cocoa companies were too focused on their own sustainability plans instead of a payment plan to help farmers.

“The two countries [are] therefore re-examining all sustainability and certification programs for the 2019/20 season,” they said in a joint statement.