The dairy industry isn’t what it once was: bucolic imagery of red barns and a few cows roaming the grass-covered hills. The industry has become a thing of the past; more concerned with profit and efficiency than the cows themselves. Dairy production is located in only a few states with 86 percent of the milk supply produced on only 26 percent of the farms. While Dean Foods controls 40 percent of all fluid milk sales in the US, some of the largest producers of dairy worldwide are companies such as Nestlé and Kraft, known for their questionable ethics and concerning environmental practices. Due to consolidation, the majority of dairy cows are raised in large concentrated animal feeding operations (CAFOs) linked to issues of animal welfare and public and environmental health.

The modern cow’s diet is a direct result of the consolidation of the dairy industry and the CAFO lifestyle. When you drink a glass of milk there is a good chance that unbeknownst to you, you are consuming a product heavily reliant on genetically modified organisms (GMOs). Soy and corn are not only the top crops grown in the US, but they are also majorly genetically engineered (GE) with 90 percent of corn, 93 percent of soy, and 90 percent of cottonseed being GMO. These crops are turned into many hidden additives that result in 70% of processed foods containing GMOs, and are widely used in the dairy industry as feed. With such large numbers in a herd and no access to grazing, dairy cows consume a diet of mostly GE corn and soy. Currently over 35 percent of GE corn becomes animal feed. GE crops require numerous inputs such as herbicides, insecticides, and fertilizers, not to mention large quantities of water, making dairy feed an extremely resource-intensive crop. Cows were not intended to live on a diet of corn and soy; these feeding practices cause numerous severe health issues and digestive problems.

Organic milk is one step in the right direction, though it is not the end all be all. Organic ensures that dairy cows are not given any hormones or antibiotics, but does not ensure the quality of their living conditions and the diversity of their diets. An organic cow is not necessarily grass-fed and vice versa. The USDA definition of grass-fed is very limited and only refers to the type of feed given to cattle and has nothing to do with living conditions and antibiotic usage. Organic doesn’t always mean local or small producer either; many of the environmental issues associated with dairy are a result of consolidation and organic doesn’t remedy this problem. As described above, corporate dairy consolidation is a trend likely to continue.

When it comes to dairy cows there is one key thing to remember: in order for a cow to produce milk it must first produce a calf (usually through artificial insemination). Every year farm operators impregnate dairy cows so they can spend the year continually lactating and then start the cycle again. Throughout the process of impregnation and lactation, cows live in extremely crowded and unnatural conditions, such as standing on concrete floors surrounded by their own urine and feces, without access to pasture. Once industrial dairy cows have completed their 4-5 prime years of production they are culled from the herd and sold off as hamburger meat (despite the fact that a healthy cow can produce milk for 15-20 years). In industrialized dairy production, calves are seen more as a byproduct of milk production rather than as actual living beings. Immediately after birth they are taken from their mothers; and bull calves are either killed, sent to veal-producing facilities, or raised for hamburger. Therefore, the conventional dairy industry directly supports the production and consumption of conventional meat.

Factory farms pose a number of risks to both people and the environment. As a response to crowded and unsanitary living conditions, cows are often given daily doses of antibiotics via feed or injection to prevent the spread of disease and spur growth. The overuse of antibiotics for non-therapeutic purposes has resulted in the prevalence of a number of antibiotic-resistant (AR) bacteria. These “superbugs” can transfer from animals to humans through contact with animals, contact with infected meat, and the consumption of crops that have been fertilized with manure from feedlots. AR bacteria pose such a great risk due to their ability to horizontally transfer genes to other bacteria that factory farms serve as breeding grounds for life-threatening AR genes to enter the world. According to the Center for Disease Control’s (CDC) 2013 Threat Report on Antimicrobial Resistance, of the 2 million people who contact AR diseases each year, 23,000 of them result in death. A number of these infections and deaths could be prevented if animal agriculture did not use 80 percent of our antibiotics supply to compensate for poor living conditions.

In order to maintain and even increase the already high levels of milk production, dairy cows often receive hormones. The most common hormone is recombinant bovine growth hormone (rBGH), a genetically engineered synthetic hormone developed by Monsanto. This hormone results in increased cases of infections among the cows leading to a greater need for antibiotics. The EU and Canada prohibit the use of rBGH due to major human health concerns including a connection to various forms of cancer and its likely impacts on reproductive health. Savvy companies such as Chipotle have already transitioned to sourcing hormone-free dairy products, and it’s time that other companies follow suit.

Along with animal health risks from factory farms, this type of concentrated agriculture results in a number of unmeasured environmental externalities. A large number of cattle contained in one area, without access to pasture, creates vast amounts of consolidated animal waste and methane emissions. A report published by the CDC  voices concerns over the environmental and health impacts of CAFOs (farms with 500 or more cows). Animals produce 3-20 times more waste that humans every year. Cattle manure and gases result in high levels of greenhouse gases, a drastic impact to ambient air quality and is a major contributor to climate change. Not only is dairy production extremely water intensive with producers using up to 150 gallons of water per cow per day, the waste can leach into ground and surface water polluting numerous ecosystems and water sources. Such environmental hazards pose a constant and direct risk to communities within a close vicinity to a facility. One region cannot contain the harmful impacts; therefore, ecosystems and communities far and wide are at risk.

It is easy to lose sight of what milk really is and what it takes to produce it. By opening up the discussion on the impacts of the dairy industry, we are creating a space for conversation and change. Many dairies are incorporating organics and grass-fed principles and it is time they become the norm rather than the exception. How do we do this? Companies such as Dean Foods and Starbucks have massive purchasing power and require such large quantities of a product that they have the ability to create a tidal wave of change and drastically improve our food system. We need to hold them accountable. In 2014, Chobani announced three organic yogurt flavors coming soon, along with a commitment to work with farmers on transition strategies toward a GMO-free and organic milk supply and to explore what 21st century sustainable dairy operations can entail. When consumers band together by encouraging companies to set higher standards and make more ethical decisions in their supply chains, things begin to change. 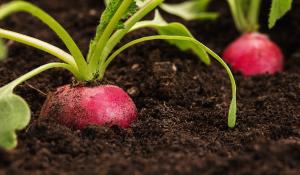