Before you go back-to-school shopping, read this report on toxic fashion (Fast Company) 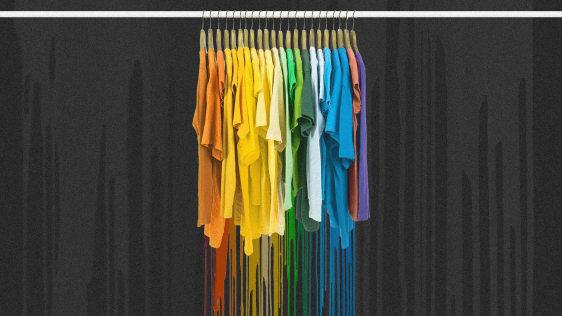 This article originally appeared in Fast Company, on July 25, 2019

A new report says that brands like J.Crew, Urban Outfitters, Forever21, and Carter’s fail to disclose important information about their chemical practices.

It’s back-to-school time, but you might want to think twice before you load up on new outfits at the mall. Green America, a nonprofit committed to social and environmental justice, just studied the chemical practices of 14 American apparel brands. In a report, Green America said four companies—J.Crew, Urban Outfitters, Forever21, and Carter’s—came in last because they all failed to disclose the chemicals they use in their manufacturing.

“These companies had no publicly-available policies about their use of toxic chemicals, and that lack of transparency is a problem,” says Caroline Chen, Green America’s social justice campaigns manager. “Toxic chemicals in textile manufacturing is bad for the planet and workers. And sometimes they remain in the fabric when they are sold, so they could be harming the end consumer as well.”

A spokesperson for J.Crew  said that the brand preferred not to comment. A spokesperson for Urban Outfitters said the brand did have a number of sustainability programs in place. “Unfortunately those and other programs were not publicly disclosed and so were not included in Green America’s report,” the spokesperson said. “We are re-evaluating the way in which we disclose the work we are doing around sustainability.” We will update this story with any further responses.

It’s important to note that this study did not actually test garments to find traces of toxins. It was concerned with whether companies had robust, publicly-disclosed chemical management policies in place and were working to eradicate toxic chemicals from their supply chain. Carter’s, for instance, told Green America that it keeps an internal list of restricted chemicals—but it has not made that list public. “So, we have no way of knowing what chemicals are present in the Carter’s clothing worn by infants and children,” Green America said in its announcement. Another caveat to the report: Green America did not audit the practices of brands that did disclose them. Companies that don’t report accurately risk getting called out by industry watchdogs, like the Fair Labor Association, which examines how companies address worker’s safety, including whether they are exposed to toxic chemicals, but it is still worth taking any company’s self-reported data with a grain of salt.

In other words, Green America’s research deals with how much information these companies do publicly disclose—rather than whether that information is accurate or how sustainable a particular brand’s practices are. “Disclosing their policies is just a start,” says Chen. “It’s far from enough, but as you can see, many companies don’t even do this.”

Apparel manufacturing is a dirty business. More than 8,000 chemicals are used throughout the textile-making process, from pesticides in growing cotton and other fibers, to bleaching and dying yarns, to washing fabrics, to printing patterns. This amounts to an estimated 43 million tons of chemicals every year. The Swedish Chemicals Agency tested 2,400 chemicals commonly used in textile manufacturing and found that a third of them were toxic. Among them are polyfluorinated chemicals, commonly used in waterproofing clothing, which have been shown to affect liver health and disrupt hormonal functions; heavy metals used in dying, which can be carcinogenic and damaging to your nervous system; and azo dyes, the most frequently used dyes, which can release carcinogenic chemicals into the air during the dying process.

If not properly managed, these chemicals can end up in rivers and the ocean, harming marine ecosystems and migrating to drinking water. About 20% of overall industrial water pollution can be attributed to textile manufacturing. To take just one example, synthetic indigo is often used to dye denim jeans blue, but the chemical cocktail used often includes formaldehyde, which is toxic to the environment and people. In China, where many jeans are made, an estimated 70% of the rivers and lakes are contaminated by 2.5 billion gallons of wastewater from the textile and dye industry, according to the watchdog group China Water Risk. Workers (and their communities) can be harmed by many chemicals used in textile manufacturing, since many have been shown to cause cancer, reproductive health problems, and other diseases. And once clothes make their way to our homes, residual chemicals on garments can affect us, as wearers.

Chen says that Green America reached out to all 14 companies to ask for details about their chemical and waste management, among other manufacturing practices, including factory safety. The organization also scoured each company’s corporate social responsibility and financial reports. Then, each company was scored and ranked.

Among the companies that had the best marks were Target, The North Face, Nike, and Gap Inc. (which includes Old Navy and Banana Republic). These companies offered detailed policies about their chemical management and actively shared their benchmarks and progress. In other words, these companies were aware of their environmental footprint and were actively working to capture and dispose of their toxic chemicals.

Many companies had some transparency and waste-management strategies in place but had some room for improvement. Some had a policy regarding toxic chemicals but did not have clear enough details about how it measured progress. This includes Ann Taylor, Ralph Lauren, Walmart, Abercrombie & Fitch, and American Eagle. The best policies were the ones that listed every single supplier factory, provided a comprehensive list of all the restricted chemicals used at each site, and gave detailed plans to dispose of these chemicals safely and restrict their use in the future.

One disturbing finding was that many children’s clothing companies had low marks. Both The Children’s Place and Carter’s (which also owns Osh Kosh and Hop Skip) did not fare well. Babies and children are more sensitive to chemical irritants, and toxins can be more damaging to them as they are growing. Earlier this year, Green America publicly called on Carter’s to do better. “We are calling on Carter’s to adopt a strong publicly-available chemical management policy to help protect its workers and its consumers— the tiniest humans who wear its clothes—starting by disclosing what chemicals it is using in its supply chain,” the company said in an announcement.

Chen says that Green America is committed to lobbying companies to clean up their acts when it comes to their supply chains. But the first step is getting them to track—and report—the chemicals they are using in the first place. And even at that basic level, many American apparel companies are failing. “We have a long way to go when it comes to eradicating toxic chemicals from the fashion industry,” says Chen. “But having a strong chemical-management policy in place—and being transparent about it—is part of how we get there.”