Native American producers have long been left out of the agricultural conversation. Now that regenerative agriculture is trending, these growers show that caring for full ecosystems isn’t a new idea, it’s deeply traditional.
By
Eleanor Greene

Jessika Greendeer says the key to farming is getting along with her coworkers. She’s not talking about people. She means the animals, the living soils, and the plants that coexist on the land she works. As a farmer, she doesn’t see herself as in charge of the land, just as a steward of it. The way she manages her farm—regenerative agriculture—is gaining popularity but for Greendeer and other Native Americans, its practices are traditional.

Greendeer, who is a Ho-Chunk Nation tribal member from Baraboo, Wisconsin, currently works as a farm manager and seed-keeper on the Native-led Dream of Wild Health Farm in Minneapolis, Minnesota, and grows in her micro-farm in Hudson, Wisconsin, named “Little Sky’s Farm.” Though Greendeer uses the word “regenerative” when describing her farming practices, she and other Native growers are using it as a buzzword while practicing farming from an Indigenous perspective. That perspective comes from a history of not using heavy equipment and the humans in the system recognize they are stewards, not controllers, of the land.

The regenerative agriculture movement has been growing quickly for about a decade as scientists realized soil health is critical to climate change mitigation. But climate change has been largely perpetuated by the wasteful emissions of white Westerners, with the US historically creating the most emissions in the world, despite making up only about four percent of the world’s population.

Decolonizing Means Including All Beings

The opposite of regenerative agriculture is conventional agriculture—which involves fields of only one crop, spraying pesticides, and separating animals into crowded feed lots. These conditions became the norm with the industrialization of agriculture—which happened in waves, the first when humankind shifted from hunter-gatherers to agricultural society, the second during the mechanization of agriculture, and the third during the “green revolution” of the 1950s and 60s when chemical pesticides and fertilizers were introduced.

Every revolution, including the fourth and current wave of regenerative agriculture, has left out Indigenous communities, according to A-dae Romero-Briones (Cochiti/Kiowa), the director of programs for Native agriculture and food systems at the First Nations Development Institute.

“We’re expecting so much of our producers, but we’re forgetting that our producers are a part of the system. Nature shows us that the more stress an animal or a being experiences in a system, the less ability they have to fight off those external pressures whether it be disease, or in this case when we’re talking about humans; depression, suicide, foreclosure, or bankruptcy,” says Kelsey Ducheneaux-Scott (Itazipco Lakota of the Cheyenne River Sioux Tribe), who is a regenerative rancher and the director of programs at the Intertribal Agriculture Council. “These are all things that most producers in our industry currently are facing and that’s an indication of the system not being healthy.”

Romero-Briones explains that agriculture was used to suppress and “civilize” Native people, because Indigenous people had their own way of stewarding their lands. These practices included stewarding bison for Native Nations in the Great Plains, and planting seeds along commonly traveled routes for other nomadic tribes, to be able to harvest upon returning months or years later. There is also a great reliance and reverence for versatile and hardy species of corn, beans, and squash. But at some point, the systems blended, which she explains as “syncretism,” an amalgamation of two different things that become more than the sum of their parts.

“There’s so many Indigenous people who are both practicing Indigenous identity and agriculture, but creating these whole new ways of existing, growing, and producing foods. That’s really quite dynamic,” says Romero-Briones. “And that’s the idea behind whatever I’m hoping ‘regenerative agriculture’ will become.”

Food Sovereignty and the Pandemic

Sovereignty means having your own power to govern—Native Americans have been advocating for sovereignty of their own people since it was taken from them by colonists and the US government.

Food sovereignty is another goal of many Native Americans. While Native people fed themselves for thousands of years before the US was colonized, because of genocide, displacement, and continued lack of financial support, Native foodways have been suppressed. This means Native people living on reservations or in urban communities too often experience food insecurity or food apartheid.

True regenerative farming enhances food sovereignty because it gives back to the same communities it uses resources from, according to Ducheneaux-Scott, who owns DX Beef, located on the Cheyenne River Sioux Reservation in South Dakota.

At the start of the US covid-19 outbreak, even when there had been no reported cases of covid-19 in South Dakota, grocery store shelves on the reservation were already empty because of reliance on grocery store goods being shipped largely from the coasts. Other grocers, off the reservation, still had food on the shelves at that time, Ducheneaux-Scott says.

For food sovereignty to exist on the reservation in South Dakota, Ducheneaux-Scott says, it will take farmers who want to educate as well as customers who want to learn, or who already know, the benefits of buying local regenerative food.

“I can exploit that I have a Native-owned, female-owned food business and I can be exporting 100 percent of my product to the cities and be making three times what current beef prices locally are, because there’s demand from that informed consumer group,” says Ducheneaux-Scott. “But is that really being regenerative and giving back to my local community whose resources I am using in order to derive this profit or is it exploiting it just the same as our conventional row crop production?”

For that reason, she sells 90 percent of DX Beef products on the reservation, but says customers are often forced to buy what has the longest shelf life because access to local and fresh foods is limited.

“I feel like as a regenerative operator, I’m contributing to enhancing access to local healthy, quality food to the humans of the system that I work to serve.”

Building Resources from the Ground, Up

In Portland, Oregon, Roberta Eaglehorse-Ortiz (Oglala Lakota/Yomba Shoshone) saw an offer to use a small outdoor space owned by the Portland Food Bank and developed the idea of a garden teeming with traditional and medicinal plants. Though she had no gardening experience, as a doula and lactation specialist who had directed the Oregon Inter-Tribal Breastfeeding Coalition, she was eager to build resources for Indigenous families in the area. Portland is home to over 50,000 Native American people due to Oregon reservation lands being “terminated” by Congress in the 1950s.

Since its start in 2015, the Wombyn’s Wellness Garden is thriving with a wide variety of different plants and with the help of community volunteers and students from Oregon State University. Breastfeeding support for Native communities is also related to the movement for food sovereignty.

“Our first food is breast milk for all human babies. That’s what we need,” says Eaglehorse-Ortiz. “We also have to nourish the families to grow healthy babies to have healthy recovery. And what better foods is that then traditional foods, Native foods? So that’s what guided me there. And then the seeds just started coming.”

Passing on Seeds and Practices

Seeds are particularly important to Indigenous people as a symbol of life. A-dae Romero-Briones explains that seeds are revered—because entire civilizations depended on a single crop, like corn, for many Native nations on the North and South American continents.

In commercial agriculture, seeds are a commodity that can be manipulated, and they have greater value when made infertile, she explains.

“[Commercial seed] has the most value when it’s infertile and can be completely controlled by man,” says Romero-Briones. “That should be the prime example of the two different perspectives on food. You can’t commodify this [seed], the giver of life. But in [industrial] agriculture, everything is commodified, which sucks the life out of the whole system.”

Eaglehorse-Ortiz and Greendeer also have inherited or been gifted seeds, and those seeds serve as a connection to past generations.

“What motivates me is not only reconnecting with my ancestral seeds, but also helping other people do the same. Everything that I do grow, I've been gifted, or I have a relationship with it,” says Greendeer. “It’s not just a winter squash, it’s this tribal squash with this type of story. It’s not just an item, but it’s more, it’s something that we can all get deeply connected to.”

"You can’t commodify this [seed], the giver of life. But in [industrial] agriculture, everything is commodified, which sucks the life out of the whole system." —A-dae Romero-Briones, First Nations Development Institute

Apply Decolonizing to Your Life:

Support Native growers. After identifying whose land you’re on, find Native communities that are likely still there tending to the Earth. Support local Indigenous growers by seeking them out or buying from them at the farmer’s market. You can also find a national map of Native producers in the American Indian Foods Program.

Learn about your own food history. Greendeer emphasizes that with so many commercial crops, we are all likely to be removed from the seeds that nourished our ancestors. She recommends doing some research on what your grandmother’s grandmother may have eaten and to find those seeds and grow them. “Make sure future generations can be nourished by the same food,” she says.

We Love The Outside Guide
How to Support Anti-Racist Corporate Policies
Choose Green, Not That: Natural Skincare for Summer
The Toxic Problem with Pesticides and Fertilizers
Native Growers Decolonize Regenerative Agriculture
Access to Green Space is an Environmental Justice Issue
5 Steps To A More Sustainable Backyard
Lawn vs. Garden: How To Stand Up To Your HOA For A Healthier Yard
Forage to Fork: Eat Local with Wild Foods
What I Wish I Knew As A Beginner Gardener
Learn about our sponsor. 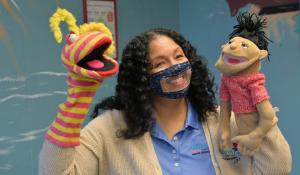 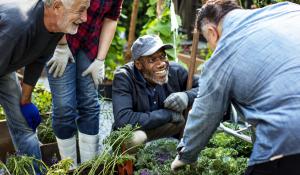