Farmers vs. the Corporate Seed Police

Monsanto’s “seed police” are notorious for traveling the country, inspecting farms for Monsanto-patented GM seeds or plants that were not purchased from the company. Since Monsanto forbids farmers from saving its seeds, the company then sues farmers for patent infringement, even if farmers claim the contamination was accidental.

A 2013 report from the Center for Food Safety details cases where farmers claim they were targeted by Monsanto, despite being victims of accidental contamination. The Center says the company has even gone after seed cleaners, whose services help farmers save their non-patented seeds.

In 2008, Monsanto sued Maurice Parr, a seed cleaner, for “aiding and abetting farmers” who illegallly saved its seeds.

“Mr. Parr made clear to his clients that he was not responsible for enforcing seed patent agreements to which he was not a party,” states the report. “Monsanto sued him ... claiming his statements encouraged flouting of their patents.”

Parr says the lawsuit cost him over $25,000 in legal fees and 90 percent of his former customers, who fear that association with him will lead to their being sued.

Between 1997 and 2010, Monsanto filed 144 such lawsuits, and settled 700 more cases out of court, according to the Organic Seed Growers and Trade Association (OSGATA).

In March 2011, a group of 83 farmers led by OSGATA filed a lawsuit against Monsanto to block the company from suing farmers, arguing that contamination is inevitable. The lawsuit made its way to the Supreme Court, which dismissed the case in January 2014. However, the farmers had achieved a partial victory in a June 2013 lower court appeal, when the justices deciding the case ruled that Monsanto could not sue farmers whose fields were contaminated with up to one percent GMO material.

“For farmers contaminated by more than one percent, perhaps a day will come to address whether Monsanto’s patents may be asserted against them,” says Daniel Ravicher, lead counsel to the plaintiffs. “We are confident that if the courts ever hear such a case, they will rule for the non-GMO farmers.”

From Green American Magazine Issue
GMOs & the Case for Precaution

GMOs & the Case for Precaution

GMOs & the Case for Precaution
Uncovering Deadly Research Suppression and Bias Toward Biotech
Farmers vs. the Corporate Seed Police
A Biologist Fights Back Against Big Biotech
Other GMO Issues
How to Invest Fossil-Fuel Free
A Farmer Struggles to Remain GMO-Free
Learn about our sponsor. 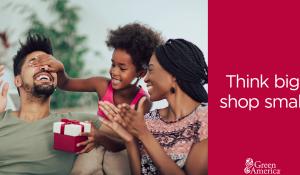 Before Black Friday, we encourage you not to shop to support the toxic consumerist culture of the day that is obsessed with deals. 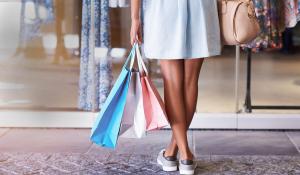 With local governments issuing stay-at-home orders and the closure of non-essential businesses, the response, while appropriate and much needed, is hitting small businesses and workers across the country.