The Secret to Scrumptious Tomatoes? It Doesn't Take a Scientist.

Ever wonder why the tomatoes you buy at the grocery store just don’t measure up to the more unique-looking ones you find at the farmer’s market? Or why the tomato slices served at restaurants don’t taste all that tomato-y? There is a complex history behind why this is, but it has a lot to do with shipping food across the country so we can eat produce that is not currently in season.

As anyone who has squeezed a tomato knows, tomatoes are soft and yielding. This consistency makes them difficult to ship, as they are often damaged in the process. To combat this problem, tomatoes are typically picked and shipped while still firm and green (before they are ripe.) They are gassed with ethylene before being sold in supermarkets to give them the red color consumers expect.

While this process works very well for shipping tomatoes long distances and keeping them visibly appealing, the most important part is lost along the way--flavor. Tomatoes don’t develop their delicious, acidic flavor fully until they ripen. Halting that process to allow for shipping completely strips tomatoes of their rich taste.

Surely by now someone could’ve innovated a solution to this problem? Well, some have tried. The Flavr Savr tomato was genetically engineered (GE) and introduced to the public by Calgene in 1994. Scientists turned off the softening gene so that this variety of tomato could be picked ripe and then transported easily. It also remained red and fresh-looking off the vine for a month or more while natural tomatoes left out for the same period of time would shrivel and rot. Monsanto bought the patent for these tomatoes and stopped selling them after rats fed GMO potatoes developed gut lesions and public opinion of GMOs plummeted. As a result, GE tomatoes are not currently sold in grocery stores.

People continue to use technology to try to put flavor back into grocery store tomatoes. According to Modern Farmer, researchers have sequenced the genomes of nearly 400 different varieties of tomatoes and used a consumer panel to determine which genes make for the tastiest tomato. The final result? 13 chemical compounds scientists believe can be used in plant crossbreeding to create universally delicious tomatoes. 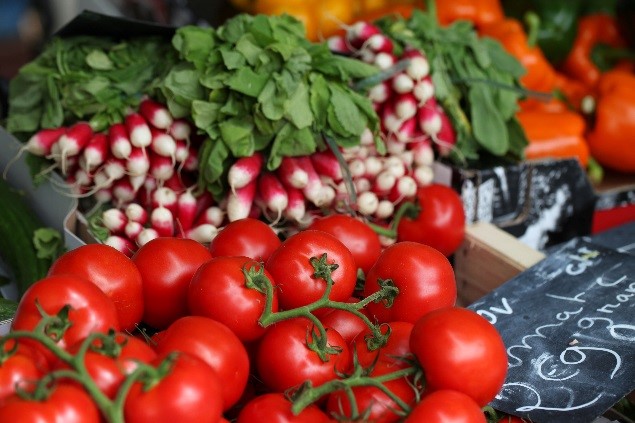 It is great that these scientists plan to use traditional breeding methods rather than genetic engineering, but is this really the solution? Sequencing genomes and attempting to create a genetically perfect tomato seems like a complicated Band-Aid for the actual problem: the way that we grow and distribute tomatoes. Wouldn’t it be so much simpler to eat delicious, locally grown tomatoes only while they are in season?

If limiting your enjoyment of delicious, fresh tomatoes to their growing season (which varies depending on where you live) seems like a hardship, there are solutions:

If you’re willing to put in some work and have space available in your backyard or community, there are a variety of tips and tricks to stretching tomato season to its limits. Among these tips are experimenting with different varieties, using blanket covers to warm crops when the temperature drops, and growing cherry tomatoes indoors in the winter. A greenhouse or hoop house can also provide you with a bounty of tomatoes in almost any temperature.

You can do some research online or ask around at the farmer’s market to see if any farmers in your area are    already employing these techniques and can sell you the end product. Make sure to talk to farmers about their growing practices and ensure they do not use harmful chemical pesticides and fertilizers. They may be certified organic or adhere to organic methods but not have a certification.

It is also possible to enjoy tomatoes when they are unavailable fresh by preserving them or buying them preserved in sauces and pastes or in canned form. When purchasing, make sure to look for the organic certification. Conventionally grown tomatoes are covered in pesticides, several of which are likely carcinogens. 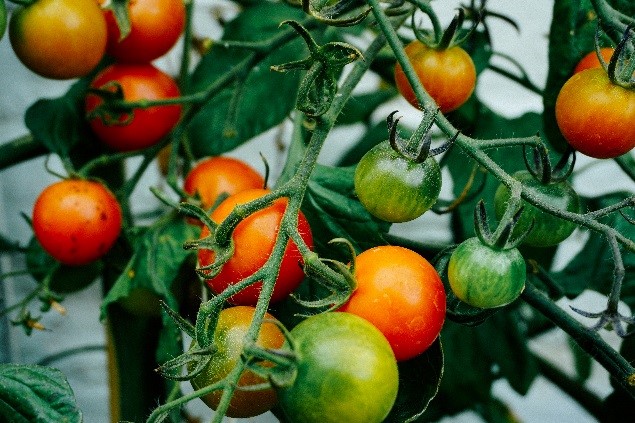 Ultimately, eating locally and seasonally has so many benefits to the environment and your community that waiting out the colder months sans tomatoes is worth it. Eating seasonally can be exciting, with anticipation building towards the end of each season for the specific foods the next season will bring in their freshest and most enjoyable forms. Focusing your diet on what is currently in season may also cause you to branch out and try some new foods and recipes you may have never enjoyed otherwise. Give it a try and you may never have to experience the mealy texture and cardboard-like taste of a grocery store tomato again!