At first glance, it may be difficult to see what the tobacco and oil industries have in common, but upon scrutiny, a disconcerting picture of two public disinformation campaigns begins to form. Not only do these campaigns appear to parallel each other, but new information reveals a behind-the-scenes collaboration to cover up data linking these two powerful industries to a flood of public health and environmental issues.

The hypothesis that excess carbon dioxide in the atmosphere could lead to an increase in global temperatures dates back to 1896 when chemist Svante Arrhenius published a study that suggested a link between fossil fuel combustion and the possibility of global atmospheric effects. Over the next half-century, a number of studies corroborated Arrhenius’ hypothesis, but concluded that the impact of CO2 on global temperature would be minimal; thanks to a high rate of absorption by the world’s oceans (oceans are the world’s largest carbon sink, which presents an entirely different set of environmental problems). In 1968, a landmark study funded by the American Petroleum Institute (API), the largest U.S trade association for the oil and gas industry, concluded that the fossil fuel industry and CO2 emissions were undeniably to blame for rising global temperatures and that climate change was a serious risk to society and the planet. The study suggested that the most effective way to deal with this issue was to immediately invest in research and technologies that would reduce CO2 emissions. Industry executives released a report to the Department of the Interior, but heavily emphasized the uncertainties of the 1968 study. At the same time, the API quickly funded a supplemental report from the same authors that seriously downplayed their previously expressed concerns. In the following decades, the oil industry funded research that allowed them to build an exceptional understanding of climate science, while developing technology that would allow them to continue to extract petroleum in rising seas, during increasingly common extreme weather events, and in the Arctic, where they expected sea ice to recede dramatically. A number of patents were also filed by the API on technologies that would cut CO2 emissions. Instead of spending money to deploy this technology, the industry funded studies into alternative explanations for rising temperatures and massive campaigns to manufacture doubt for climate change. 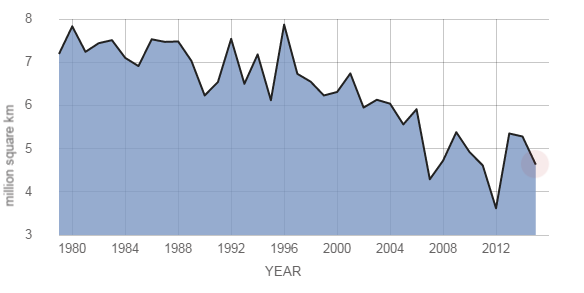 The record is clear: the oil industry had the research documenting the links between CO2 emissions from fossil fuels and climate change, deliberately hid the research, and actively deceived the public and officials about the links.

It is now well-known that tobacco use leads to a higher risk of many diseases, the most prominent being lung cancer, but this was not always widespread knowledge. The battle to establish a link between cancer and smoking was hard-won, and took years of collaboration between scientists in the fields of epidemiology, cellular pathology, and chemical analytics. The first study to link tobacco with cancer was published in 1939, and documents show that scientists employed by the tobacco industry agreed that smoking caused cancer as early as the 1950s. Unsurprisingly, major players in the tobacco industry chose to publicly deny any causative link well into the 1990s, when they were finally sued by the government. Trends in smoking and attributable cancer rates have fallen drastically since the beginning of serious action on tobacco use including regulations and government-funded educational programs. 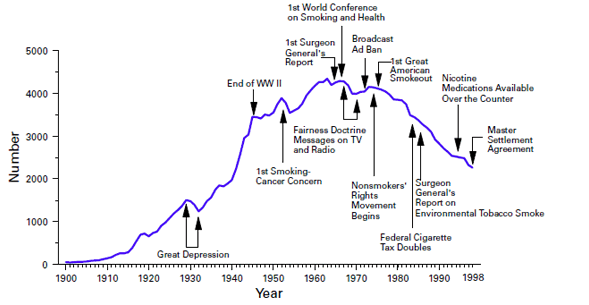 Denial and skepticism are now familiar stories. Vast sums were spent to discredit researchers and cast doubt on the growing body of evidence linking oil and tobacco products to serious health and/or environmental risks. It is now coming to light that both industries shared many of the same leaders, researchers, PR firms, and strategies. Oil executives have consistently resented comparisons between the these two industries, but in April of this year, a massive array of documents compiled by the Center for International Environmental Law (CIEL) show that the Big Tobacco not only took inspiration from the Big Oil in its campaigns to mislead the public, but the industries actually collaborated in a number of ways:

A precedent for accountability

It is now apparent that the oil industry knew about the risks of burning fossil fuels, had the opportunity and technology to mitigate these risks, and possessed the information that could have led them to warn the public. The question that now arises is: should the oil industry be held accountable for damages done to the environment, the economy, and public health? The answer to this question can be found by examining how the tobacco industry has been held accountable for similar actions. The precedent has been set for the government to regulate and penalize the oil industry. Between 1950 and 1994, individuals brought over 800 claims to court for damages caused by tobacco products. Tobacco companies prevailed in the vast majority of these, but in 1998, the four largest U.S. tobacco companies settled with the attorneys general of 50 U.S. states and territories. The agreement, known as the Master Settlement Agreement (MSA) has resulted in tobacco companies paying $40.5 billion to U.S states and territories since 2000, as well as an additional $9 billion each year into the future. The agreement also created a number of other rules and regulations for tobacco companies including:

Much like the actions of tobacco companies, the fact that the oil industry continuously sowed skepticism while preparing for the outcomes of climate change proves that they have intentionally mislead the public. This suppression of information has led to U.S. attorneys general from the Virgin Islands, New York, and California to open investigations into ExxonMobil, and others have stated their intentions to join these investigations. Based on the MSA and other litigation with the tobacco industry, there is hope that this is the start of holding oil companies accountable for their role in climate change. In the same way that tobacco has been held accountable, avenues could be opened for new types of regulation and for compelling oil companies to pay for damages done to both people and the planet. However, oil companies and the politicians that share their interests will not go down without a fight. ExxonMobil is now suing the states and territories involved in this investigation over issues of free speech and Representative Lamar Smith, R-TX, is accusing New York attorney general Eric Schneiderman of attempting to publicly defame ExxonMobil. The way this legal and political battle plays out will undoubtedly have significant effects on the future of climate change regulation.