In a decidedly disappointing mid-term election for the Green American constituency, there were still a few victories to feel good about. In a traditionally energy-friendly Texas town, residents spoke up over their concerns about hydraulic fracturing, or fracking, a controversial gas and oil extraction technique that has exploded in popularity throughout the US over the past decade. Texas is currently the nation’s largest oil and gas producer, and the political climate surrounding the issue is beginning to change. 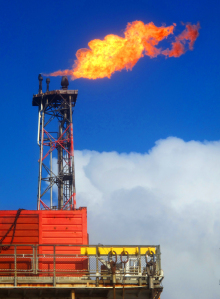 The town of Denton, TX has over 270 active gas wells within its city limits. The population is 121,123, but the majority of the mineral wealth in the city does not belong to Denton residents. With the population set to almost double in the next twenty years, concerns over air and water quality, increased seismicity, and exposure to harmful chemicals have had local legislators seriously considering the benefits of gas production.

Considering that only 1% of the city’s property tax revenues come from natural gas development, and the city budget can attribute a paltry 1% to natural gas royalties, the city started to account for the implicit costs of fossil fuel development; degraded ecosystems, increased public health costs, and continued contribution to the CO2 emissions that the world is desperately trying to control. For the citizens of Denton, protecting their land, water, atmosphere, and families from the ill effects of energy production was a no-brainer.

Tuesday saw 58.64% of Denton voters raise their voices in opposition of continued fracking in their city. The passage of the measure represents the first ban on fracking in the entire state of Texas, widely recognized as one of the technology’s main champions. The gas industry is fully expected to contest the moratorium, but proponents of the measure, the Denton Drilling Awareness Group, are confident that the language in the ban will stand up in court.

While gas companies operating on the Barnett Shale in Denton have reason to be upset, the citizens have other ideas for the energy future of their city. Denton’s energy portfolio is comprised of 40% wind-generated electricity, and the town is committed to conserving resources and using their land in a sustainable manner. Green America salutes the citizens of Denton for taking a stand against a toxic, damaging, and unjust industry operating in their backyards. To learn more about fracking in Denton, visit http://frackfreedenton.com/.